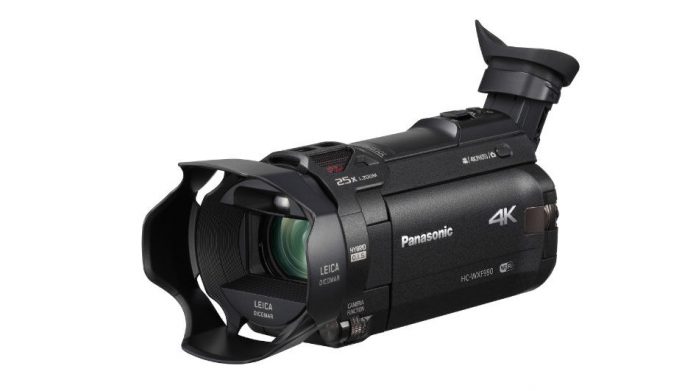 While smartphones are great for casual shooting, there's still a need for dedicated camcorders when video quality really counts — to provide detailed control over focus, zoom, and image effects.
However, shooting with camcorders traditionally has required the additional step of importing and editing the video on a computer, which seems so archaic in this age of instantly posting clips online directly from a smartphone.
Panasonic is bridging this gap with an impressive range of in-camera shooting and editing capabilities in its camcorder line, including zoom effects, motion tracking, stabilization, multi-cam, and tilt correction.
Here at CES, Panasonic has added two new camcorders to its 4K Ultra High Definition line that was introduced last year, the HC-WXF991 and HC-VX981. These are impressively compact, almost as small as the HD models. (There are also three new Full-HD models, the HC-W580, HC-V380 and HC-V180.)
When shooting, the 4K models add new Cinema-Like Effects features including Slow & Quick Video to dynamically switch between slow-mo and normal speed, automated Slow Zoom, and Dolly Zoom of the background while maintaining the subject's size.
Then a new 4K cropping feature lets you extract a Full HD video from the 4K frames, while applying in-camera post effects including user-controlled zoom and pan, automated tracking of a selected subject, and stabilization.
They also have a 4K photo burst shooting mode to capture 8-megapixel still images.
All of the new camcorders (except the V180) have an enhanced Wireless Multi Camera feature that captures multiple viewpoints by connecting to up to three smartphones and simultaneously recording up to two picture-in-picture images.
All five new models also include the 5-Axis Level Shot function to automatically correct slight tilting of the camera and suppress blurring caused by hand shaking.
The new 4K cameras are due in March. The WXF991 is priced around $1000, and the VX981 around $900. It omits an electronic viewfinder and picture-in-picture twin camera recording.