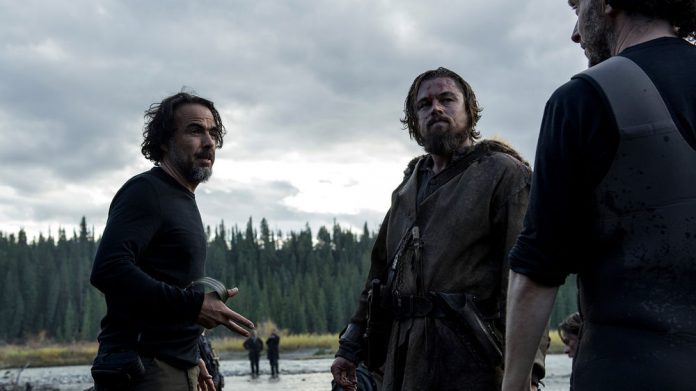 "The Revenant" is an epic Western set in 1823 Montana and South Dakota inspired by the experiences of frontiersman and fur trapper Hugh Glass. It stars Leonardo DiCaprio, Tom Hardy, Will Poulter, and Domhnall Gleeson and is the latest movie from director Alejandro González Iñárritu and cinematographer Emmanuel Lubezki.
In 2015 Iñárritu won the Academy Award for Best Director, Best Original Screenplay, and Best Picture for "Birdman" and Lubezki has won consecutive Oscars for Best Cinematography for his work on "Gravity" and "Birdman" so it’s no surprise that the trailers for "The Revenant" are visually stunning. However, what’s more unusual is that the film was shot almost entirely using only natural light.
[image:blog_post:59039]
In a recent Variety interview Lubezki, said “We wanted to make a movie that was immersive and visceral. The idea of using natural light came because we wanted the audience to feel, I hope, that this stuff is really happening.”
Lubezki explained that additional artificial lighting was used in only one scene set around a campfire where wind was causing the flames to behave erratically so light bulbs were placed around the fire to “create a cushion of light.”
[image:blog_post:59040]
Lubezki had originally planned to shoot "The Revenant" on film but during tests found that it didn’t have sufficient sensitivity for the shots he wanted to capture, especially in the low light around dawn and dusk. Instead he chose to use the Arri Alexa 65 digital camera which has a sensor that is bigger than a frame of traditional 65mm film.
Principal photography for "The Revenant" began in October 2014 and was scheduled to be finished by May 2015 but eventually wrapped in August 2015 due to the challenges posed by the remote locations and decision to use natural light. The movie was filmed in Canada, the United States and Argentina.
http://youtu.be/QRfj1VCg16Y
"The Revenant" had a limited release in the United States on December 25 and will be released nationwide on January 8, 2016.