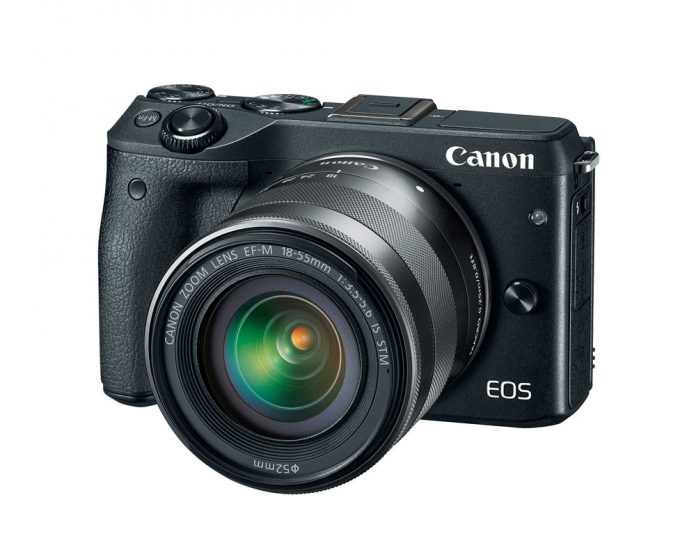 A high-quality interchangeable-lens camera doesnt have to be accompanied by a high price  not if Canons EOS M3 Digital Camera is the camera in question. The latest addition to the EOS family, the compact, mirrorless M3 boasts a high-resolution 24.2MP CMOS sensor, DIGIC 6 advanced image processor and a 49-point autofocus system for shooting stills and Full HD videos. The cameras interface is similar to that of current EOS DSLR and mirrorless cameras, with the 3-inch tilting color LCD screen designed for quick focusing, shooting, menu navigation, and image previewing.

There is a wealth of features that both enthusiasts and advanced amateurs will find attractive, such as an ISO range of 100 to 12,800 (expandable to 25,600 in H mode) and built-in WiFi and NFC for photo sharing and wireless remote control.

The M3 has interchangeable lens capabilities through compatibility with Canon EF-M lenses along with many Canon EF and EF-S lens, when used with an optional Mount Adapter. Other accessories to be used with the camera include the EX-series Speedlite flash units, the Speedlite Transmitter (T-E3-RT) and an Electronic Viewfinder (EVF-DC1).