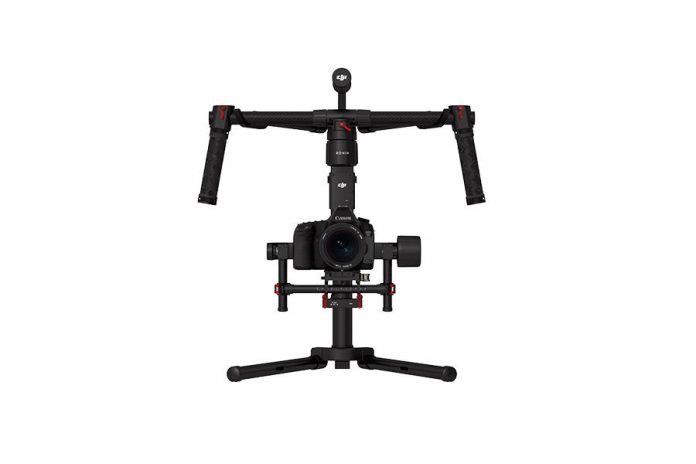 Float your camera with DJI’s floating camera support, the Ronin-M. This miniature version of the high-end Ronin will be welcomed by many more, though it’s price has not been announced, it should land at less than $2,000, we’ll have to keep our eyes open for you. With 3-axis stabilizers being well-developed beyond their first generation, you’re probably looking for the Ronin-M to answer trouble spots that came up with previous versions. Maybe the whole rig was too heavy, the motors were too loud, the battery life short, or it was unwieldy to transport.

DJI has responded to pain points such as this with the Ronin-M. The best floating camera shots may use Auto Tune Stability, but will take practice and the Ronin-M has battery power for up to six hours, which should meet or match many camera batteries. The three orientations make it easy to get a wide range of shots, from straightforward shots in the underslung mode, to over-the-crowd shots in the upright mode, and briefcase mode for shots that need to move through narrow spaces.

The Ronin-M itself is 5lb. and can support up to 8lb. and thankfully you won’t need to carry around tools for balancing or tuning. Breaking the Ronin-M down is also toolless with crossbars that unscrew. The frame is a molded single piece of magnesium, which contributes to it’s lightweight nature and rigidity.

DJI is etching it’s initials as the go-to source for floating camera stabilization, time will tell how much the Ronin-M helps that effort. For the light weight and very low price, we're recognizing the DJI Ronin-M as the Best Camera Support of NAB 2015.