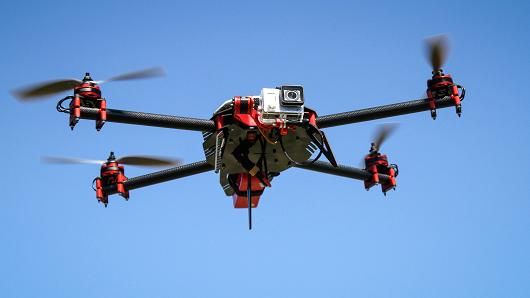 The Wall Street Journal reported today that action cam juggernaut, GoPro, will be launching a line of consumer drones late next year. The drones will reportedly be multi-rotor helicopters designed to carry high-def cameras, much like current drone manufacturers, such as DJI and Parrot.

Reports suggest that pricing will be between $500 and $1,000, meaning they’ll be very competitive with what’s currently on the market. Whether the mounts on the new drones work with cameras other than GoPros remains to be seen, but it’s certainly possible.

Not much else is known at this point, except for the obvious: GoPro created the most popular action camera in the world despite plenty of compact cameras released prior to their first device hitting the market. With their ability to predict trends, design and build high quality products, and with the backing of being a publicly traded company, will GoPro succeed in joining the bursting drone scene? All signs point to “yes”, but time will tell.

Also, with the future of drones hanging in the balance ahead of a pivitol decision by the FAA, will GoPro's heavyweight status help to bolster the drone industry? GoPro earlier this year joined the Washington-based Small UAV Coalition, a drone advocacy group, possibly forshadowing the company's foray into this crowded field.

Do you think GoPro is a natural fit as the go-to aerial imagery company, or are they too late to the game? Will they improve the industry by creating something more innovative than current drone players? Let us know what you think in the comments section, or hit us up on Twitter @Videomaker.