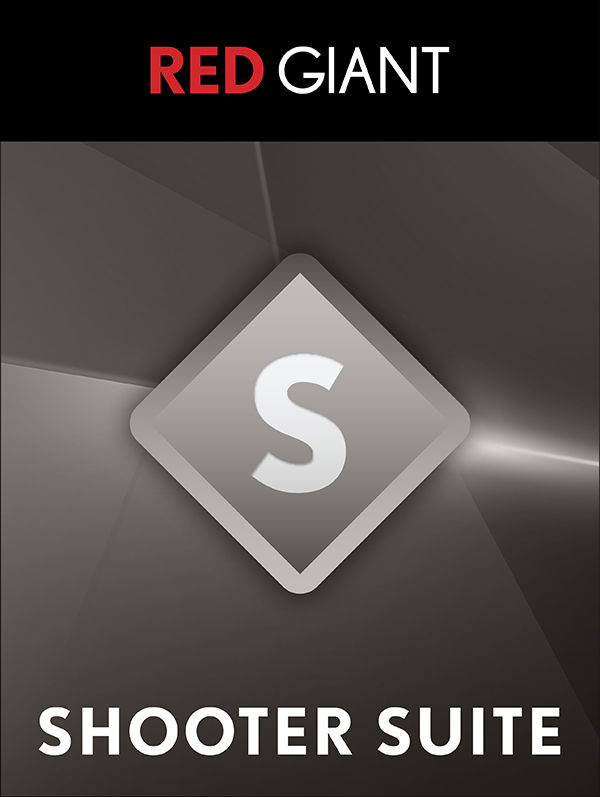 Most eyes will be on the PluralEyes 3.5 update, as the industry-leading sync tool improves upon a winning formula with expanded media support, more accuracy, drift correction and more. For those uninitiated with PluralEyes, it is a software application which analyzes video and audio track information from any device and automatically synchronizes it in a timeline, literally saving editors hours or days of manual sync work.

Of the updated features, Drift Correction is new to the application, and brings a welcome change to many editors. Often, when audio is collected separately from video, or when long shots are created, the audio and video are collected at a minutely different speed, causing the sync to separate over time. Drift correction in PluralEyes 3.5 can detect and fix this.

Along with the big PluralEyes 3.5 update, the Shooter Suite 12.5 welcomes newcomer Denoiser II to the fold. Denoiser II is Red Giant’s powerful visual noise reduction tool, an essential for anyone shooting in adverse conditions such as low light.

LUT Buddy was created with the professional colorist in mind. LUTs, or Look Up Tables, in the world of production refer essentially to a file or list of values relating to the data of a given color operation. Put simply, if a colorist makes a set of color adjustments to a clip in Premiere Pro CC 2014 and would like to apply the same operation to a clip in Autodesk Smoke, the information from the operation in Premiere can be saved to a LUT, and opened and applied in Smoke. The process of saving the color operation to a LUT is the job of LUT Buddy.

Also added to the mix are Instant 4K and Frames. Instant 4K is an optimized, preset-rich tool for adding smaller, older-format footage to your large format timelines. With 4K projects becoming more and more common, but client footage libraries bursting at the seams with still-current HD footage, Instant 4K is great insurance that the old footage can still be useful. If that client footage is even more ancient than that old 720p and 1080p footage, Frames might be the tool needed to keep up with the times. Frames is a tool for deinterlacing older footage and converting it to 24P.

Finally, BulletProof 1.2 rounds out the Shooter Suite 12.5 update. BulletProof is Red Giant’s footage ingestion, logging, reviewing, first-pass color grading, backing up and processing application. BulletProof is a full-featured standalone application, and is a veritable must-have for shooters and editors alike.

The Shooter Suite 12.5 update is available from Red Giant Software’s website, or via Toolfarm.