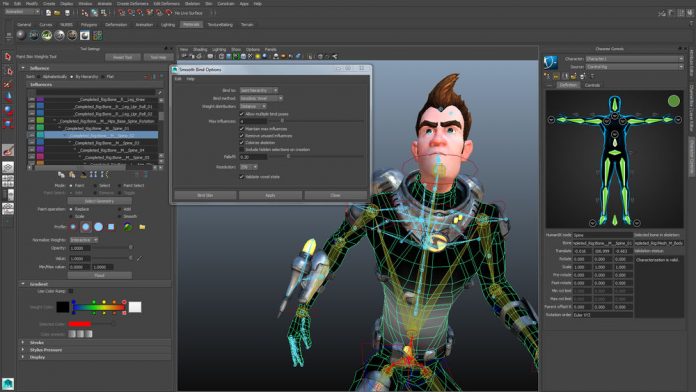 It's hard to argue that when it comes to 3D animation tools that Autodesk is the industry giant. This week Autodesk announced the 2015 versions of the 3D animation tools found in its Entertainment Creation Suite. The new tools and updates are set to meet the challenges and demands of today's complex computer graphics.

Autodesk offers a wide array of animation software and tools to address varying production needs and workflows. Autodesk Maya 2015 adds several new capabilities while Autodesk 3ds Max 2015 has been redesigned to improve performance and also has some new features.

Autodesk MotionBuilder 2015 is now equipped with a plug-in which allows the use of a Microsoft Kinect to capture body movements. It also features animatable depth of field and follow focus to assist in the compositing and recreation of real-world camera work. New to the lineup is Autodesk Maya LT 2015, which was developed to assist indie game makers in modeling and generating 3D animation. An interesting feature of Maya LT is its environment navigation which utilizes the WASD keys and the mouse, common interface controls for gamers who may not be used to 3D animation software.

Autodesk offers pay as you go options for their Entertainment Creation Suite, as well as a perpetual license for their 3D animation software.