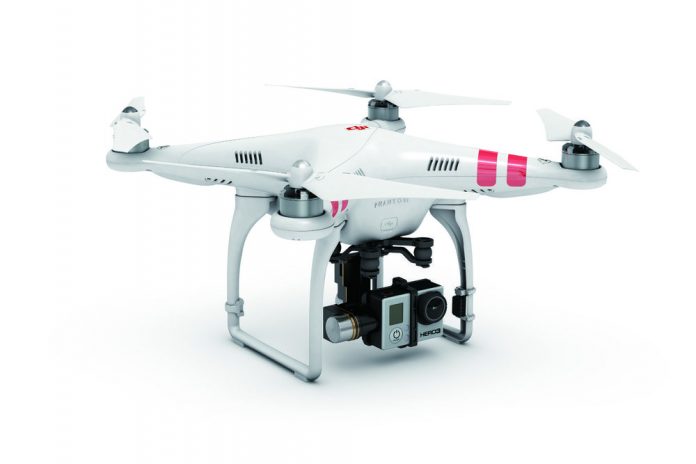 What would the company behind the Steadicam and a maker of unmanned aerial systems have in common? A HERO of course!

The world reknowned Tiffen company is showing up in CES news for a couple reasons. The first is in conjunction with a company they've partnered with before and videographers have come to love, GoPro. The Steadicam Curve for GoPro HERO cameras may not be brand new, but after the summer debut of the Curve, people still haven't gotten their fill. Perhaps because the Curve is so approachable, it looks cool, effective and would fit easily in your hands. As a handheld stabilizer, being compact and about half a pound are wonderful traits. The GoPro mount has been consistent throughout their lineup of cameras and it will pay off since you can use virtually any of the housings available, including the LCD BacPac and LCD Touch BacPac. Lastly, there are color options, and anyone that is making use of the Curve, has enough style to choose a color and wield it. For $100, it is quite attainable for anyone that's able to afford a HERO camera.

Tiffen continues their news with the Tiffen ND 3.0, a 10-step neutral density filter. The biggest advantage of more ND filters, since many photographers and videographers work with 1-3 ND filters if at all, is being able to work with a slower shutter speed, or set a wider aperture. It really provides an additional method to control light, especially in terms of darkening a bright subject. In cameras, the aperture and shutter speed are reciprocal, when one becomes less the other is greater and vice versa, all in regards to an image's exposure. If you need to brighten images, ISO or gain is often employed, we might begin to think of the Tiffen ND 3.0 as the reverse. It's threads range from 52mm-82mm.

To note another area of GoPro's presence, we'd visit the DJI booth. This is where videographers continue to gather, around the drones. The Phantom 2 is a product we've heard and seen glimpses of, though it'd be easy to mistake it for it's older sibling the Phantom. DJI made it able to add a Zenmuse H3-2D gimbal to smooth out GoPro HERO3 footage. The first Phantom did not have self-tightening propellers, so those are much appreciated in version 2. Keeping with the same product line, the Phantom 2 Vision is also on our radar as a quadcopter that has an integrated camera, we'd test them side-by-side, as long as we could fly them straight. We can't help but notice a lot of these flyers and how they're affecting the video world.

It'll be exciting to see what these three companies come up with throughout 2014, and if you get your hands on all three – you belong in this post.