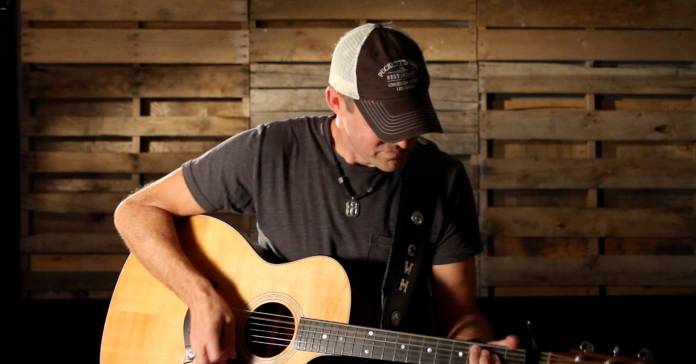 Music videos are different than drama, documentary, or event video. They involve a different element of artistry in the way they are shot and edited. Music videos are like jazz or abstract art. The rules are different. Many of the fundamental presuppositions of production, like composition, continuity, and shooting steady may be tossed out the window in favor of artistic impression that actually prefers things like out-of-focus footage, jump cuts and match frames. But don’t be deceived; music videos may bend the rules, but making a good one is anything but easy. Fortunately, there are some time tested tips that will help set you up for success on the set and in the edit bay. Here are 5 top tips to try next time you set out to shoot a music video, whether you’re producing for a professional recording artist, a local garage band, or as a spoof for your company party. Get ready to rock it out.

There are many kinds of music videos, ranging from real-time single-shot home video lip syncs to big buck mini movies. For the purpose of this article, I will share tips based on a simple, but professional, artist-performance based country music video that I recently produced for Nashville artist Carl Wayne Meekins’ song Someday Soon. You can watch the finished video here as context for these tips. The video is comprised exclusively of the artist performing for the camera on a simple set I built myself. I’ll explain how I put this video together, so you can produce something similar.

First, a couple caveats: A primary overriding rule to all music videos is to stay true to the personality of the artist and the message of the song. Before you dive into the five tips that follow make sure you know the song well. Get your hands on the master recording that you will use for the video. Listen to it a dozen times, then listen a dozen more. As you listen, take note of the images and feelings that come to mind. A big part of your job is to produce a video that presents the song properly.

Another important recommendation is to avoid a literal shot-by-shot depiction of exactly what’s being said in the lyrics. So if a song says, “I kissed my kids and grabbed my hat and ran to catch the train,” it can actually be detrimental to try to literally show it all. Sometimes it’s better to let the words do the work and leave some of those details to the viewer’s imagination. Yes, the images you shoot should support and showcase the song, but avoid the urge to use the lyrics as a shot list. Once you know the song well, and have set some B-roll boundaries, you can select your setting. Let’s begin.

The setting refers to the location or locations where you will shoot your artist for the video. Sometimes the setting is obvious. The song may clearly lend itself to being shot on a football field, or in a factory, or on a couch in a livingroom. Other videos leave you lots of options for locations. Ultimately, the setting is secondary. You want to select a place that acts as a suitable backdrop for the artist, not one that competes for attention. You want your viewers to sense the location, not scrutinize it. Carl Wayne’s Someday Soon is a story song about the thoughts and intentions that people have. In this case, I deemed it best to put him on a simple set that created the right feeling, but did not tie directly to the content. Because it is a country song, I wanted to use a color and texture that matched the mood. For me, that meant old wood to suggest the look of a rustic barn or the stage in a honky tonk.  I gathered six old shipping pallets, screwed them together, and mounted them to the wall of my studio, three wide and two high, to use as a backdrop.

We have preached many messages from Videomaker’s pulpit about the importance of lighting; how it is the number one most important factor in image quality and the biggest difference between professional and amateur video. It’s true. As such, you should give careful attention to lighting your artist. Even an exterior daylight shoot will look very different depending on how you position your artist and camera in relation to the sun, and whether or not you choose to use diffusion or a reflector. Once again, the tone and feel of the song should be the driving factors in how you light your shot(s). Songs that are happy and upbeat might be best with bright, high-key lighting. Others call for something more dramatic. Since Someday Soon is a thoughtful song about hope and regret, I felt it that needed a careful combination of light and shadow.

You don’t need a lot of fancy tools to light well. I lit CW with just two lights: a large, soft key light positioned close to him just off screen camera left, and a strong, hard, undiffused backlight positioned high behind him on the same side as the key to add a distinct white rim to his head, arm and shoulder (this light is visible in the side shots in the video). I opted not to use a fill light so one side of his face would fall into shadow. Lighting makes or breaks the setting. My pallet set was unimpressive under the overhead fluorescent lights, but it took on a rich look when I hit it diagonally with a single light draped in an amber gel.

The artist’s ability to perform the song well for the camera makes all the difference. Even if you have a perfect setting and amazing light, the artist has to deliver. Artists who do not have experience shooting music videos can have a hard time lip syncing, even if they are used to performing on stage. Combat this by encouraging them to practice performing the song at home in advance of the shoot. Fortunately, most musicians are natural performers, and have no problem performing their songs with feeling.

One of the secrets is to not merely move one’s mouth, but to sing aloud in full voice and actually perform the song along with the track. This will make the movements of their head, mouth and neck look as they should. If they play a musical instrument, as Carl Wayne did, have them play through the song as they sing. As long as they are performing with proper passion, you won’t need to over-coach their movement or body position. Pump them up and turn them loose. Some variation between takes will work to your advantage when you edit.

When it’s time to shoot, play the music track aloud over a sound system on the set. This can be accomplished with an iPod or an amplifier, but generally, louder is better. The artist needs to hear the song clearly, and you want to record the audio in-camera with the video so you can use it as a reference track. Before my shoot, I added a series of four beeps at the head of the song so Carl Wayne could anticipate the start of the music. This helped get him started right on time every time. Once you start rolling, roll through the entire song without stopping, even if there is a momentary flub. Editing is about having options, so shooting to edit is about gathering enough footage to give yourself flexibility in post.

Even mistakes and outtakes can play into your edit. You never know what you might use. For the Someday Soon video, I shot CW going all the way through the song six times, shooting each pass from a different position.

My first shot was my safety/cover shot; The widest of the six, set up as a lock-down showing his full guitar. Shot two was from the same camera position but zoomed in tighter to a medium closeup. Shot three was from the same position, but I zoomed in a tad more and panned and tilted the camera as I shot to add movement. I repositioned the tripod for shot four to allow me to shoot down the neck of the guitar. This gave me some sweet shots of his fingers on the strings. Shots five and six were shot handheld, one with Carl Wayne looking at the lens no matter where I went, and the other with him singing to a photo on the wall so he would not follow the camera with his eyes. These two shots were a bonus for me, so I shot more aggressively and took some chances with shifting focus and snap zooms.

These six shots took less than an hour to shoot and gave me all the footage I needed. You may not have to have six shots to choose from. Three may be fine depending on the video. The point is to bring back plenty of options.

5. Master the Art of the Edit

The first step in editing your music video is to lay out and line up your takes on different tracks of your timeline. This is where those beeps add extra value and save you a ton of time. Lining up the preroll beeps is a fast easy way to get your tracks in sync quickly. With your tracks synced and stacked, you can mute the reference audio associated with the video you shot, and edit to the master audio track. As you get into your edit you will find that there are places where the lip sync is off. That’s probably not because you miss-synced your tracks, but because the artist may have been trailing or leading the vocal track at certain points. Once you have done a solid rough cut, go back over the clips and nudge them one way or the other to get your sync tight.

For the Someday Soon video, I had six options to choose from at each edit point. This gave me a lot of variety that letme cut a simple single-camera shoot in a way that was energetic. Editing music videos involves a certain musicality. The pace and timing of your edits should flow with the pace and energy of the song, sometimes popping with the drums, other times switching on the offbeat. Sometimes fast, sometimes slow.

Music videos require you to feel your way more than any other type of edit. There’s no formula to make it work. It’s an art that takes practice and experimentation. The best way to get good is to roll up your sleeves and go for it. You may not nail it the first time you try, but with experience, you’ll be slicing and dicing like a pro in no time.

Now, the video used in this example is a rather simple one from a production point of view, but the techniques it allows us to talk about represent the foundation of every music video you’ll make. More complex videos might add additional locations or dramatic scenarios where actors portray portions of the song, but these five tips will give you the solid foundation of artist performance that you can build on.

Chuck Peters is an Emmy Award-winning producer, director, writer and host. He is an independent producer in Nashville, TN.