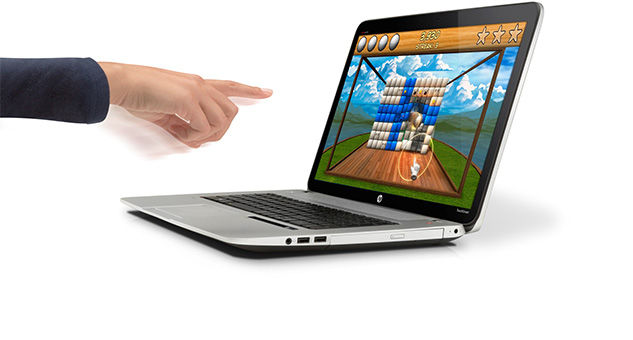 Some people believe that all it takes is a little magic to create a video. A wave of the hand and “Presto!” the editing magician’s video is now a reality on screen. This is now closer to reality than ever before as HP announced they’ll be offering the HP Envy 17 with Leap Motion.

Leap Motion is a 3D motion sensing device that functions as a gesture based controller for computers, it functions similar to the Xbox Kinect. Users are able to move their hands in space, executing different gestures to control their computer’s operating system and applications. The HP Envy 17 with Leap Motion is the first commercial laptop to take advantage of this technology.

The default configuration for this laptop contains an Intel Core i7 CPU, 8GB RAM and a 1TB hard drive. With a few upgrades it could become a powerful mobile video editing platform. The release date is currently set as being October 2013 with a retail price starting at $1,049.99.

Leap Motion can function as a replacement for the mouse or other input peripherals. With expanded third party applications, users are able to take full advantage of Leap Motion’s capabilities and enhance their user experience with their favorite programs. At this time there doesn’t seem to be full support for enhancing professional video editing programs with Leap Motion but that is sure to change. When Leap Motion was introduced as a standalone controller, one of the first applications available for it was Ethereal which allowed users to perform gestured based painting in Adobe Photoshop.

Gesture based motion sensing interfaces are a new technology and of course there is some novelty to it. Whether it will prove functional or not is a matter of time and user acceptance. There are some adoption hurdles for the seasoned editor but I also see the potential for some very interesting tools, especially in the 3D world, coming out of such an interface. It is a magical world indeed, and as technology grows we’ll be sure to live with wonder awe.