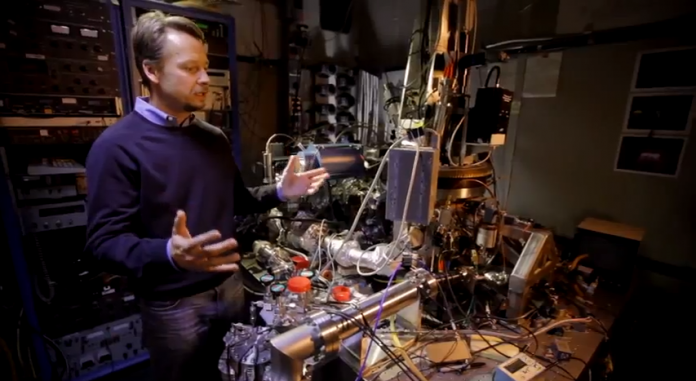 Nanophysicists at IBM must have had some time on their hands. When they weren't developing the world's smallest memory bit (consisting of only 12 atoms), they somehow found the time to throw in a few dozen more atoms to make the world's smallest stop-motion movie. Forget 1920×1080, at 1/1000th the width of a human hair, this movie spans 45×25 nanometers.

How was it done? Put simply, IBM scientiests used a computer to move a very small needle and push individual atoms around underneath a microscope. Ok, so technically it's the world's smallest subject with one of the world's most powerful microscopes; essentially a camera with a 100,000,000 X zoom lens.

Watch A Boy and His Atom and read the press release below.

The Making of the World's Smallest Movie