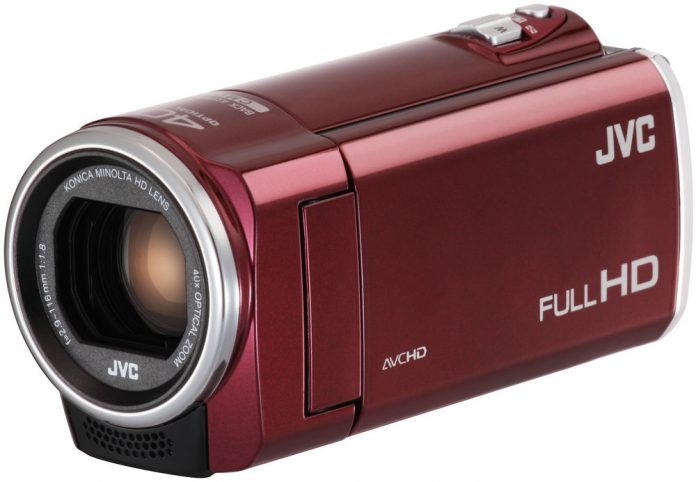 There are eight cameras that JVC is making available to handle at CES 2013, to own them will cost between $230 and $500. JVC started with what many videographers care about the most, video quality, in the GZ-E100, GZ-E300, GZ-EX310, GZ-EX355, GZ-EX310, GZ-E505, GZ-EX515, and GZ-EX555 there's a back-illuminated CMOS image sensor which is good for low light video capture. This translates to recording in 1920×1080 as well as standard definition. These cameras can also take advantage of some serious optical zoom at 38 and 40 times the distance. To send your video to some far reaches, JVC's Wi-Fi options have expanded to include live streaming and a one-touch backup for transferring video to a computer and possibly a smartphone or tablet. The cameras in the 500s should be identifiable by their prominent lens, but the GZ-VX815 is rather different than all of these.

The GZ-VX815 loses the ability to record in standard definition, but sports a F1.2 Super Bright Lens and a large sensor that enables 12 megapixel still shots. The design of this top model is compact with an aluminum trim to complete the camera – which has all the biggest features of those in the lineup. JVC is great at giving you choices for quality cameras and the entire Everio line will be available by February's end, it's just a matter of which features fit best for your budget.