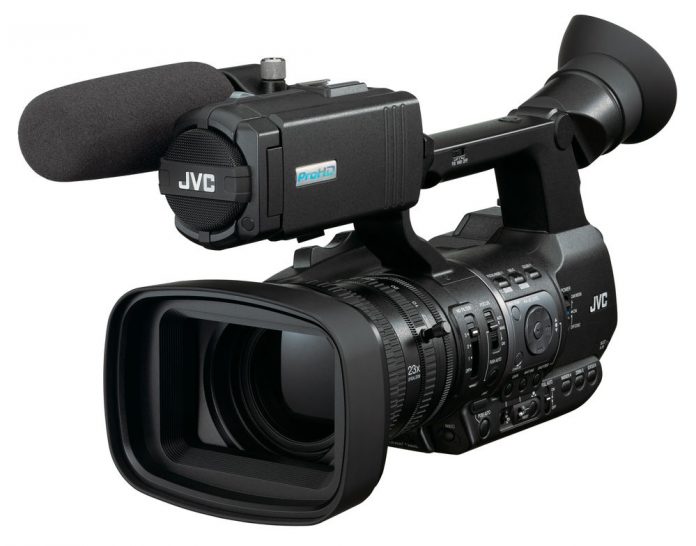 At NAB back in April we saw the GY-HM600, and today JVC announced that the camera is finally shipping. With a suggested list price of $5,000, the GY-HM600 is a dedicated camcorder specifically targeted toward video professionals and prosumers. It sports a 23x zoom lens and is fitted with three 1/3-inch CMOS ( a.k.a.3MOS) sensors. Footage shot with the GY-HM600 is can be recorded as XDCAM EX, Final Cut Pro, or AVCHD. A few features worth highlighting are the iris ring, three neutral density (ND) filters, WI-FI connectivity, and auto-focus with face detection. Additionally the GY-HM600 includes a Pre Rec feature that records and stores up to 20 seconds of footage continuously, so if you are late pressing the record button, you may still be able to get your shot, assuming you're not late by more than 20 seconds (and your camera is pointed in the right direction). Finally, it does include two XLR inputs with phantom power with an additional input for a wireless mic receiver. Stay tuned for a complete review.