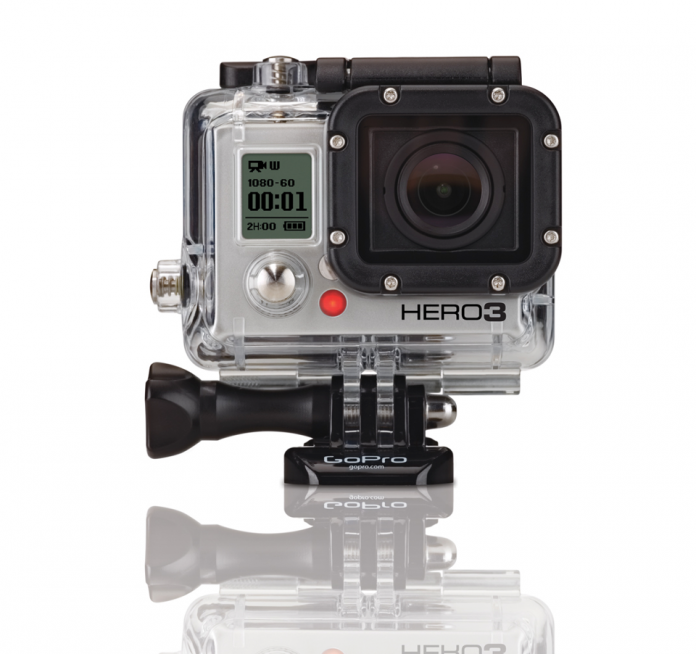 UPDATE: Our review is now online.

Since their inception, GoPro has offered incredible value and versatility for a relatively low price. Traditionally GoPro has aimed at the extreme sports market, but even if you never have the need for skydiving or surfing video, having a low-cost, physically durable camera to squeeze into tight spaces or onto moving objects is a great asset.

Today, GoPro unveiled the HERO3, which features a sleek and slim new body and optional 4k video recording. The HERO3 comes in three configurations: White Edition, Silver Edition, and Black Edition. Most exciting is the Black Edition, which features 4K video recording at 12fps and 2.7k footage at 30fps. It also includes built in wi-fi with a remote. For those not interested in the low frame rate, 4k video and wi-fi remote, all versions of the GoPro HERO3 can be controlled via iOS or Android devices. The benefit of the GoPro remote, of course, is that it is waterproof and works at ranges of up to 600 feet. Even the lowest cost option, the White Edition, will meet the needs of most videographers looking for a compact action cam. As mentioned, it's wi-fi capable and shoots 1080p 30fps footage. Anything much more than that is luxury.