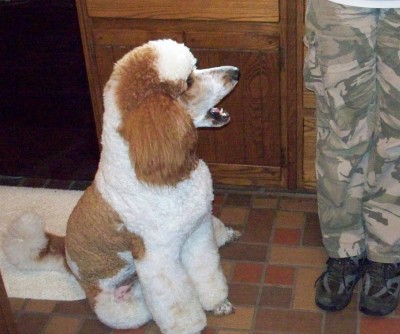 Directing can be a very rewarding task during video production. Directing animals even more so. Being a director of dogs is something that two Videomaker readers have done for quite some time, and at their core are dog trainers, with videos coming secondary to the dog training.

Charlene and Glenn Dunlap recently responded to one of our articles stating that pets can absolutely be directed by their owners, and they’ve got lots of evidence to prove it. The idea in question is that as a director you shouldn’t bond with an animal actor – the conflict of getting too close to your subject. I’ve had to direct a dog I that I’ve done some dog training with, mainly just to get her attention, but my experience falls well short of what the Dunlaps do.

The technique is positive reinforcement, using food and play as a reward for good behavior. It is well known and effective for dog training, and useful for much more than getting dogs to act in movies. Charlene and Glenn actually have some videos that show how to do dog training, including using body targets and bridges. After watching a couple videos it is pretty clear that dogs like Joey and Scotty can learn to be great actors and enjoy doing it, all with their favorite companion.

[image:blog_post:15052] Of course there are some key tips to share here, our article does stress being a good leader and that’s part of what makes a good director. In fact it’s very possible that a dog actor can become a more obedient and attentive talent than a human. If you can direct your cat, way more power to you. We’ve given love to cat videos in the past few months, but not much on directing them. Please enlighten us!.

Check out the Dunlaps work and don’t be afraid to shoot with your pets, afterall, they can compete with children when it comes to looking cute on camera.

Photos by Charlene and Glenn Dunlap.