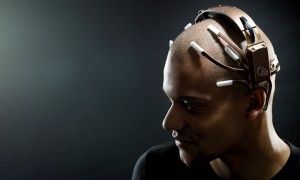 Chalk this one up to the "we'll believe it when we see it" category but according to IBM researchers, controlling computers with your mind is only 5 years away. To be fair, there are already many tests that have confirmed the ability to control simple computer functions with one's mind but a fully functional mind-controlled operating system still seems a long way off – not to mention a bit scary.

One of the most innovative companies in this field called emotiv, already has a non-invasive headset that can be worn over one's head with several sensors. This headset allows users to control a computers, toys, and other electronics based off of the electrical thought patterns in their brain. The video below from TED.com shows how this amazing technology works.

What's interesting is that emotiv is able to achieve this without having to cut any hair, applying any gels, or more importantly, drilling into one's skull. Given the advanced state of this technology already, it's easy to see how it could become mainstream in gaming and to overcome disabilities. What's equally as exciting is what this technology could hold for video editors. If an editor were able to color correct, drop a track's volume, select a clip, insert graphics, change editing tools, and organize files all with a simple thought, then the complexity barrier of editing software would be effectively gone.

How great would it be to never have to remember pesky keyboard shortcuts or dig through countless folders to find an effect? That being said, there are some obvious challenges for this technology. For starters, every editor would have to have full concentration when cutting a project together. One stray thought about what you're having for lunch and your entire project could end up as a tribute to a bowl of soup and a fresh salad. This also brings up an interesting point… how would one multitask when using this technology? Would it be possible to listen to music while making a cut or to talk to a client while color correcting footage?

No technology will ever be adopted in the video editing world unless it makes your project look better or get done faster. These are all questions that will need to be answered before this technology ever becomes useful to video editors. Even so, I'm sure my fingers will thank me some day when I no longer need to do mash the Control, Alt, Shift, and Y buttons in order to "quickly" insert a null object into an After Effects Composition.
http://www.youtube.com/watch?feature=player_embedded&v=fVhggGSjXVg#!