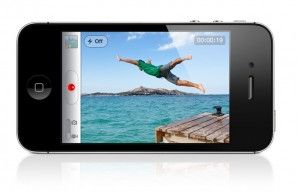 Believe it or not, the iPhone Film Festival requires that your film be shot entirely with an iPhone, iPod Touch or iPad. Many other contests make it very clear what the general restriction is for the contest, and while these confines won't reach Android users, the work that iPhone users put in is exceptional.

The real prize in any film festival is the screening of your film and being able to see those of your competitors. Prizes are still nice though, and so far, the iPhone Film Festival has awarded prizes that are valued less than $1,500, but the 2012 festival is scheduled for at least one prize at $2,000. A win here certainly offsets the cost of production, even a third place prize from the iPhone Film Festival equals the cost of an iPhone 4.

There is plenty of space for big film festival ideas if you want to push the limits to earn a win – the rules are simple and leave a lot of room for creativity. The categories are also fairly simple, including cinematography, documentary, feature, series, short film and music video. There were five awards in each of the previous iPhone Film Festivals with cinematography and music video being the only separate categories – all other videos, feature, short, documentary, and animation competed for first, second and third.

For the third iPhone Film Festival, the categories have been shuffled to join cinematography and documentary, then feature, short and series make up a second category, with music video holding up a third. Ruben Kazantsev and Renata Rinyu are the founders of the festival and love to focus on community. The festival is still quite young, and counting down to the appearance at MacWorld, and maybe next year's winners will include an animated film or Siri.

If you have plans for your own entry, Oct. 1 is the cutoff for IFF4.