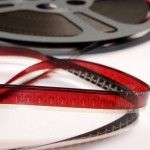 Have you ever heard of the terms "Red Herring" or "McGuffin"? These are just two storytelling terms used in movies and books to reveal – or not – plot points and characters in the story.

A Red Herring is something in a story that has no relevance to the story, except to make the audience wonder where it might fit into the plot later. Sometimes, the audience might not even notice it except as some background item or back-story, but usually it's predominant enough to make the viewer/reader think that it has something to do with solving the puzzle that will be revealed in time.

In actuality, a "Red Herring" is a real herring fish that, once smoked, gets red in color and has a heavy fishy scent, thus it's presence is obvious to anyone around. Sometimes a Red Herring in a movie is used just for fun, other times it's a serious point in the story's plot.

Agatha Christie, Sir Arthur Conan Doyle, ["Sherlock Holmes"] and Alfred Hitchcock were known to use Red Herring techniques a lot to keep their audiences from realizing who the real culprit in the story was. Those storytellers were great artists at meandering and twisting a story along and the Red Herring wasn't as obvious or annoying as are some in the more current movies.

M. Night Shyamalan ("I see dead people") is the master of a well-placed Red Herring. "Shutter Island", directed by Martin Scorsese and starring Leonardo DiCaprio, opens with a Red Herring when DiCaprio travels to the island in search of a missing inmate from an insane asylum.

Red Herrings are often found in a different form in situation comedies, particularly those from the 1960s-1980s where the audience is in on the joke: someone on the show over-hears something in the wrong context, and the rest of the show's 22-minutes is spent unraveling the error.

Movie terms are fun to discuss and learn more about, and when I first learned about Red Herrings in some college creative writing class I thought it was a clever idea. Lately, though, I just get annoyed because some movies use it so badly, or so obviously, that I can figure out that the object is meaningless within the first 10 minutes.

A McGuffin, however, is often the entire purpose of the movie. Unlike a Red Herring, which is to distract, the McGuffin might subtly surround the plot and the viewer might not be aware of it. George Lucas said R2-D2 was the McGuffin in "Star Wars: A New Hope" as the entire movie revolved around the good guys keeping the little robot out of the hands of the Empire, and Darth Vadar's unyielding search to find the 'droid.

Alfred Hitchcock is attributed as the first to popularize the term "McGuffin" in movie lingo. A McGuffin is used to put an object or plot element into the movie to distract viewers or move the plot along with the idea that this item is of importance, but like a Red Herring, it can turn out to be meaningless, or even ignored by the end of the movie.

A McGuffin, explained Hitchcock, comes from a Scottish joke about someone basically telling another to "mind his own business." The first asks the second about the contents in a box or package, and the second explains that it's a McGuffin. "Whats a McGuffin?" "It's a Scottish lion trap" "but there are no lions in Scotland, "Well, then that's not a McGuffin, is it?" In other words – it's none of your business.

"Mystery packages" or papers that are never explained are McGuffins that are often seen in movies. "In fact, the specific nature of the MacGuffin may be ambiguous, undefined, generic, left open to interpretation or otherwise completely unimportant to the plot. Common examples are money, victory, glory, survival, a source of power, or a potential threat, or it may simply be something entirely unexplained." (http://en.wikipedia.org/wiki/MacGuffin)

The big black bird in "the Maltese Falcon" is a perfect example of a McGuffin and more currently, in "Avatar", the McGuffin is a powerful metallic-looking rock called unobtainium. The entire movie was about the bad guys trying to destroy the home of the good guys so the bad guys can get their hands on the precious unobtainium that the good guys could care less about. What is unobtainium? It's never explained, although I'm not going out on a limb much to say we'll surely find out in the sequel – [warning, as they say, plot spoiler]- since we saw at the end of the movie that the biggest bad guy was calmly let go with a firm "never return" dictate – a sure bet that he'll be back.

Knowing about, shooting terms, movie terms and plot points is a fun insider's hobby for movie watchers. Let's open up the dialog and hear your thoughts: What other Red Herrings and McGuffins do you know of in movies current, classic or obscure?