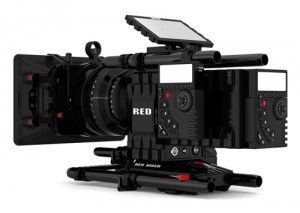 Leave it up to James Cameron to shell out almost 3 million dollars on new camcorder equipment. Recently, Jim Jannard announced that the Avatar director bought 50 of his company’s Epic-M cameras for production on his newest Avatar films. This puts James Cameron in the same camp as Peter Jackson who bought 30 of the cameras for his two-part adaptation of the Hobbit and Jon Schwartzman who announced he’d be shooting the latest Spiderman movie on the Epic.

Of course, you might be asking yourself why the director of Titanic would need 50 cameras to make two films when you and I can usually make do with one? Well, it’s hard to tell for sure but he’ll be needing two cameras for every rig since it will be shot in 3D, will inevitably use some as backup camcorders, and will be most likely using the others for his motion capture needs. That’s still a lot of camcorders so unless Cameron will be shooting 25 simultaneous 3D films, it is safe to assume that his new movies will be sporting some crazy new filmmaking technology. In fact, we already know that he is thinking about filming his next two Avatar installments at 48 frames per second which breaks the coveted 24 frames per second tradition. Though most of us would agree that 48 frames per second handles quick motion and panning much better, filmmakers are primarily using 24 frames per second as an artistic tool so I don’t see this going away anytime soon. However, it could be welcome technology for 3D movies since quick panning in 3D can be hard for the eyes to handle at 24 frames per second.

If you want to check out some of the videos we took at NAB of the RED Scarlet and Epic cameras, take a look at these two videos on our YouTube page to get a glimpse of what James Cameron will be using.