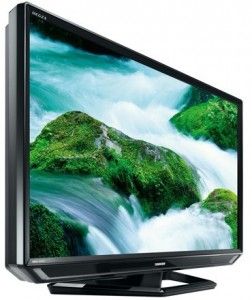 Just about everyone loves watching movies. With both the clarity of sound and the resolution of the screen, theaters can uniquely make you feel more a part of the film than your television at home ever could. That was, until now. Even during all the hype of 3D, television manufacturers the likes of Sony, Sharp, Panasonic, and Samsung have been quietly releasing televisions with the same resolution of major Hollywood films. That means watching both television and movies at 4K resolution right from the comfort of your own home. Panasonic even went as far as releasing a 150 inch plasma screen at 4K resolution at CES in an effort to beat the competition in the 4K market. Having been to CES, I was able to actually see this screen with my own eyes. As a result, I can say that I feel confident that 4K is the future of television.

Unlike most televisions, when watching in 4096×2150 resolution, one can actually see more details in the picture as you get nearer to the screen. When watching a 4K television at NAB, to my amazement when I got closer to the Kung Fu movie on the screen, I was able to count the amount of noodles in the chow mein that a monk was eating way in the background giving the picture a breathtaking amount of realism. With experiences like this, it would seem that giving TVs higher resolution makes a picture more realistic than even putting it in 3D, with today’s technology. Of course, this would also make cinematographers and filmmakers happy as they could finally display their masterpieces in homes at the full resolution it was originally shot. With these kinds of benefits it is clear that television manufacturers see 4K as the next step in the future of the television market. As evidence, a company spokesperson for Sharp, talking about their 4K TV said, “We developed this LCD panel focusing on the upcoming ‘super HDTV’ generation. That is pretty exciting and with the constant improvements in video resolution and computer speeds, it seems like only a matter of time before you’ll be able to count the laces on a baseball thrown in a game broadcast in 4K HD.