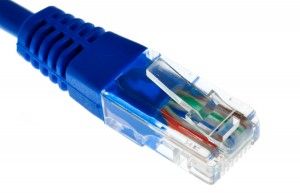 Just recently, a team at the University of Tokyo found that using titanium oxide could allow optical disks to store 5,000 gigabytes of information. Honestly, that’s astounding. At the same time, a lot of people’s minds began buzzing with the implications. With these discs, Hollywood studios could release entire television series such as Lost and 24 plus bonus content all on one disc. Video games could finally fit huge engines and graphics all on one disk. Finally, studios could include super high resolution video on their discs so that people could see the movie in its fully rendered glory. However, let’s stop for a moment to take a quick poll. How many of you even own a Blu-ray player? If more than one of you out of 10 raised your hand, congratulate yourselves on being ahead of the curve. Though a majority of people still get their movies and television series delivered to them by optical media, it seems as if new media such as Blu-ray simply can’t pick up steam. A Harris poll taken last year showed that only 7 percent of Americans owned a Blu-ray player. Even though Blu-ray offers more than twice the resolution of standard definition DVDs and a higher quality sound, Americans still aren’t sold on the idea. Of course, this begs the question: why?

Popular reasons include the extra price of Blu-ray discs and that some people are happy with things just the way they are. However, there seems to be an even bigger reason behind all of this. Let’s take one last poll. How many of you watch movies or television online? If more than half of you raised your hand, then you would fall in line with research recently done by shopping site Retrevo. The study found that 51% of people in all age groups watched at least some of their television online. With these facts, the question becomes this: when the internet offers both free and cheap high quality video content all without having to leave your La-Z-Boy, why would anyone want to invest in a Blu-ray player or a Blu-ray disc? The answer might be that for most people there are no better alternatives for watching high-definition content on their internet-free TVs. However, with products such as the Apple TV, the new Google TV, Roku, and of course, the HD rich cable set top boxes, it is evident that hardware manufacturers and cable providers are betting that pretty soon, you won’t have an excuse not to.

The only real problem I can foresee with Internet TV is the fact that bandwidth is notoriously spotty with many internet providers. Also, no software or hardware provider has yet mastered the user experience with Internet TV. Often, they’ll make the experience too much like the internet itself (and no one wants to type on a keyboard), or they’ll make it too much like a TV which is very limited in its function. However, one day when a company finally gets the balance of TV and internet just right, Internet TV could be the biggest revolution since cable.