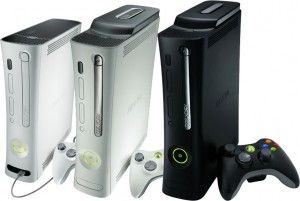 What do Altered Beast, Rastan, Kid Chamillion, Excite Bike, Tank, Rambo III, Mrs. PacMan, Street Fight 2, Off Road, and Burnout all have in common? They are all video games I played as a kid. They all produce images of what a typical video game was and how I never thought one could be cooler or more advanced than I remember these. The graphics, the music, the game play, the challenges, the levels, and the stories. How could it get better than Rambo III? Well, what if you could stream movies on your gaming consoles? It looks like the XBOX 360 will be leading the way and Netflix will be joining them. Already moving forward with this technology sometime ago, now Microsoft is looking towards the new “exclusive partnership” with Netflix to become the only console that offers Netflix Watch Instantly. It will become part of the experience for Xbox LIVE Gold members. “This exclusive partnership offers you the ability to instantly stream movies and TV episodes from Netflix to the television vida XBOX 360,” Netflix said. Wow, so whats next for these consoles and who and or what will be the next big break through? It is a very interesting time for gamers right now, so don’t blink or else the transformers might just take over before you get the chance to open your eyes!