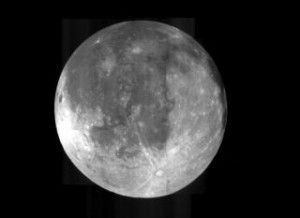 July 20th is the 40th anniversary of the moonwalk, and no, this isn’t another Michael Jackson blog.

Unless you’ve been living under a rock for the past few weeks, (or couldnt find this geeky news due to all the news coverage about another famous moon-walker), you might not have heard about the NASA soon-to-be released images of the restored historic Apollo 11 first man-on-the-moon footage.

Everyone has seen the shaky, grainy version that was beamed from the moon to Earth via satellite on that memorable day, (and we’re talking 1969, folks, when this was near-unheard of technology seen only in Si-Fi movies.) This footage being released, not-coincidentally on the 40th anniversary of the moonwalk, has been painstakingly rebuilt to display a cleaner, finer image. NASA put together a team of engineers from the original Apollo era who made that broadcast possible to assist in the restoration effort. Regrettably, the original telemetry tapes have not been found, and speculation is that they were erased accidentally in the 1980s when NASA switched to a new recording system.

Anyone over the age of 50 can probably tell you exactly where they were when Neil Armstrong uttered that famous line: “that’s one small step for man, one giant leap for mankind. The small step-giant leap was not only for mankind finally reaching the moon, but for the amazing technology that was able to record it, live, and beam it back to earth approximately 238,855 miles away.

To give you an idea of balance, most regional TV news stations still didnt have the ability to have what is now the ubiquitous news report with a reporter standing in a field sending a live transmission back to their studio, which could have been only mile away. Most stations still used the film at 11 phrase indicating they had footage of an event, and they could tell you about it on the 6:00 news, but wouldn’t be able to show it to viewers until the 11:00 show because they still needed to develop and prep the film and edit it for air, a process that took several hours.

According to todays news release from NASA: The black and white images of Armstrong and (Buzz) Aldrin bounding around the moon were provided by a single small video camera aboard the lunar module. The camera used a non-standard scan format that commercial television could not broadcast. NASA used a scan converter to optically and electronically adapt these images to a standard U.S. broadcast TV signal. The tracking stations converted the signals and transmitted them using microwave links, Intelsat communications satellites, and AT&T analog landlines to Mission Control in Houston. By the time the images appeared on international television, they were substantially degraded.

How sad that the original footage has been destroyed. As video producers, we all know that OMG feeling of losing a tape or recording over precious once-in-a-lifetime footage. This is one example many of us are going through right now as we all swap from one format to another, WE know the importance of good archiving.
[image:blog_post:13816]
My uncle was one of the rocket scientists that helped develop the LEM, (The Eagle has Landed), and as it made its final descent onto the surface of the moon, I was rushing from a friends house to my own, to watch the landing with my dad. As I ran the several blocks home, the entire town was mysteriously silent. There were no cars on the streets, there were no people in view, it was if I was alone in the universe as all eyes world-wide were glued to the TV sets to watch that amazing broadcast.

Video producers like us are historians, too, every time we hit that record button, were saving a piece of someones past and possibly entrusted with the responsibility of preserving that record for lifetimes to come.

This Monday night, when youre settling in to your regular routine, you might think about turning off the TV or stepping away from the computer and taking a walk outside instead, to gaze up at that moon and marvel at the wonders weve seen.

Where were you, that day, 40 years ago, when those images were broadcast to earth? [image:blog_post:13817]