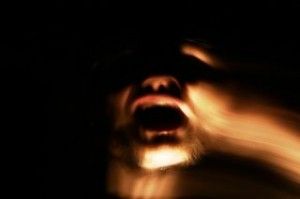 Ok. Gear up… it’s time for readers to confess their errors in a public arena – the annals of Videomaker magazine and website for possible entry in our annual “Video Horror Stories”. The rules are simple: tell us in 500 words or less about that time when, as a video producer, things that could go wrong, did go wrong… and how you remedied it, (if the footage was salvageable that is!) Did you show up to the chapel without fresh videotape? How ’bout that time you dropped the camera and broke the viewfinder, but still had to shoot the interview with the CEO of the company that hired you? Don’t forget that time you were stuck in the rain at a high school football game, how did you protect the camera?

This is a fun way to share stories on what went wrong, and, hopefully, how you got the shot anyway, and to show everyone that stuff happens to video producers all the time, we’re just savvy enough to know how to wade through it to get to the other side.

The Horror Stories feature will run in the October ’09 issue and entries must be received by June 30th for consideration. Entries must be 500 words or less, and must include writer’s address, phone number and email. Not all submissions can be printed, and we reserve the right to edit for grammar, spelling and technical accuracy. So c’mon! What do YOU have to confess to? Time to spill! Send submissions to editor@videomaker.com and write Horror Stories in the subject line.