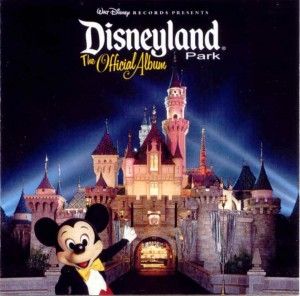 I just returned from a whirlwind adventure in Disneyland, also known as the happiest place on earth. Its also one of the most photographed places on earth.

But for me, for the first time in my life, I did not take a video camera on the trip. Not because I didnt want to lug the cam around, but because I forgot to grab it as I rushed out the door. So, I was stuck watching other people shooting video, and in the three days there, I learned a few things about how the average person captures their vacation memories.

I wasnt surprised to see that nearly every family there had at least one member shooting video. What I was surprised by, however, was the number of older Hi8 and Super8 video cameras still in use. There were also a lot of the very tiny camcorders like the Flip, which are easy to carry and flip out anytime. Most of the camcorders I saw, however, were the mid-sized cams like my sons Canon Vixia HD cam. He daringly shot video onto this small palm-size camcorder while soaring down the Matterhorn. Something Id never have attempted with my larger Sony VX2100.

The most amazing thing I saw, though, was even with all the knowledge about shooting techniques on the internet, in books, magazines, and DVDs, people still cant compose interesting shots.

I stood in line for a ride behind a woman trying to capture a shot of the Small World faade in the distance. Most of her video had the back of the heads of the people in front of her. While on a raft crossing the river to Tom Sawyer’s Island, one man kept panning from his kids to the left to the Island to the right; back and forth back and forth And another clueless guy was trying to shoot and walk down the middle of Mainstreet, narrating his footage as he stumbled and trip over pedestrians, baby strollers, and garbage cans.

It was hard not to tell these people, here, let me help, Im a pro. Or hand out my business card telling them, Subscribe to Videomaker please.

While trying to compose a night-time shot of my grand-daughter in front of Cinderellas castle in Fantasyland, the brightness of the castles lights kept dimming the light level on the auto iris on my daughter-in-laws point-n-shoot still camera, throwing my grand-daughter into darkness.

I told her to step back about twelve feet from the castle, bring my grand-daughter closer to the camera, which would allow more light on the child and more darkness around the castle to enter the cameras iris. My daughter-in-law marveled at how well it worked.

As we were leaving, I saw another woman move into the same stance, and move her child into the spot my grand-daughter just vacated. Ah teaching shooting techniques, one convert at a time.