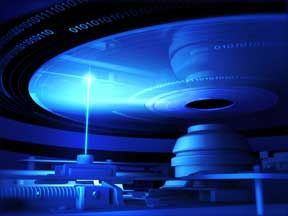 How did that quote from President Herbert Hoover go: A Chicken in Every Pot and a Car in Every Garage… something like that. It was a campaign promise to raise American living standards during the Industrial Revolution in the 1920s. Americans have always embraced new industry and technology with gusto and reverence, and new predictions that Blu-ray technology will be in nearly half the American homes in about 2 years seems to want to follow that trend. You can rent or purchase most any new movie right now on Blu-ray, but the players and burners are still considered a bit pricey for the average home theater.

CE Pro reports that Blu-ray sales were down by 7% in October, which has become the “new” beginning of the Holiday Shopping Season, given the plethora of Christmas decorations in the stores and Holiday music emanating from the Muzak speakers during the month of October. (Honestly, am I the only one that thinks there should be a ban on any Christmas music until at least AFTER Halloween… remember when you didn’t even hear any “Caroling Caroling Caroling” until Thanksgiving?)

According to the report, Singulas, a German technology company, expects about 50% of households to own Blu-ray by 2010, but other reports say that technology in households which allow users to easily gather video over the internet, cable and satellite will prevent Blu-ray from going very far.

Perhaps the Blu-ray HDDVD wars hurt the technology, due to the long-dragged out battle, and other technology moved to the forefront. What do you think? Is this the beginning of the end of separate machines in your home theater? Will we have a One Source to Rule Them All?