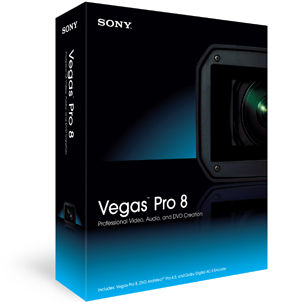 Sony Vegas Pro 8 was revealed this afternoon much sooner than anticipated, as it was scheduled to be announced at IBC next week. Some have called it a "leak." Well, if posting the event in detail on your IBC booth profile constitutes a "leak" than that's what we have here. Maybe they're trying to build up some hype for the IBC showing. Who knows? We've had the beta version for several weeks with our reviewer and we hope to provide some pre-gold version insights soon. So stay tooned.