Nikon has finally revealed the company’s highly-anticipated full-frame mirrorless camera, the Nikon Z 7. The Z 7 is the first of its kind from Nikon, but it’s got a friend — the Nikon Z 6.

Nikon did reveal it was working on a mirrorless camera about a month ago. But the brand didn’t mention they were working on two of them.

So shall we dig in? Here’s everything we know about the Z 7 and Z 6:

Both the Z 7 and the Z 6 are packing a backside illuminated CMOS sensor with focal-plane phase-detection AF pixels. However, the cameras’ sensors do vary slightly. The Z 7’s sensor has 45.7 effective megapixels and supports an ISO range of 64 – 25600. The Z 6’s sensor, on the other hand, has an effective pixel count of 24.5 megapixels and supports ISOs from 100 – 51200.

Nikon is introducing the Z Mount

Nikon’s incorporated a new mount system into the Z 7 and Z 6 called the Z mount.

The Z mount is supposed to be a larger-diameter mount and should allow a variety of lenses to attach to these cameras. Nikon mentions the mount system can support the company’s fastest lens — an f/0.95 — for instance. 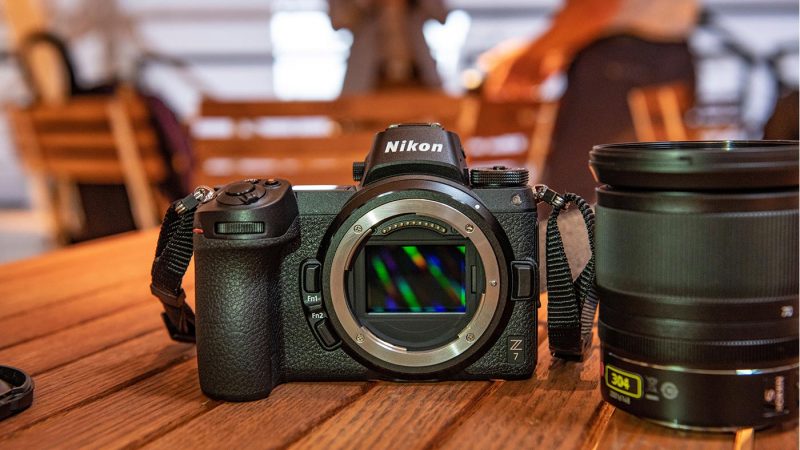 A new mount adapter will users to attach NIKKOR F-mount lenses to the Z series cameras, as well.

Get to the video functions!

We know you’re dying to know the camera’s video functions, so let’s take a look. The Z 7 and Z 6 both record in full-frame 4K UHD at 30p using the FX-based video format. The two cameras also shoot Full HD video at up to 120p. Plus, the cameras use the full-pixel readout for “sharper” 4K.

The cameras feature 8-bit N-log, enabling capture of a wider dynamic range. Nikon’s new N-Log color profile can be used with 10-bit HDMI output as well. The N-log setting implements twelve-stop, 1,3000% dynamic range to record “a wealth of tone information from highlights and shadows for more effective color grading,” according to Nikon.

Additionally, Active D-Lighting, electronic vibration reduction and focus peaking can be used with the 4K UHD and Full-HD.

Focus points cover about 90% of the image area both horizontally and vertically on the Z 7 and Z 6. The Z 7 has 493 focus points while the Z 6 has 273 focus points — about half the Z 7. They use a hybrid AF system and an algorithm optimized for the FX-format sensor that automatically switches between focal-plane phase-detection AF and contrast-detection AF when focusing.

When used with the NIKKOR Z lenses, Nikon says the pairing provides “faster, quieter” performance and “increased AF accuracy” for both video and photo shooting.

Nikon’s also putting a new EXPEED 6 image-processing engine in these new cameras. When this engine is used with the NIKKOR Z and F mount lenses, Nikon claims the “subjects are rendered more sharply than ever before. Noise is also effectively reduced.”

A mid-range sharpening option as also been added to the Picture Control sharpness parameters. This will allow camera operators to make various textures within the screen more or less sharp in both photos and videos.

A Viewfinder with a Clearer View

The Z 7 and Z 6’s electronic viewfinders (EVF) incorporate a 2390k-dot OLED panel. The EVFs’ frame coverage and magnification are about 100% and 0.8x, and they offer approximately a 37.0-degree diagonal viewing angle.

“It draws on Nikon’s superior optical technologies and image-processing technologies, ensuring a clear and comfortable view, with reduced aberration and minimum eyestrain, even during extended shoots,” says Nikon.

Nikon claims the bodies of both cameras are compact and have a firm grip that’s easy to hold. Either camera should still feel like a Nikon camera in your hands.

As for button layout, Nikon is trying to keep things easy and simple by placing the sub-selector and buttons like AF-ON, ISO, and exposure compensation in places that make them “swiftly and easily” accessible.

A display panel has been placed on the top plate of the camera, as well.

To reduce the vibration that can happen while shooting, the Z 7 and Z6 both have in-camera vibration reduction (VR). The VR unit offers compensation for movement along five axes. The reduction is reportedly equivalent to approximately 5.0 shutter speed stops.

Pricing and Availability for the Z 7 and Z 6

To learn more, head to nikonusa.com.