Zeiss first broke into the digital camera market with the ZX1. Now, the company is showing the camera some love with a new firmware update containing pro-level functions such as face-detection autofocus.

The 1.4 firmware update adds much-needed value to the ZX1. One of the major complaints about the camera is that it is a bare-bones product for its $6,000 price tag. To its credit, the camera features built-in Wi-Fi, an Android operating system and photo editing through Adobe Lighting. However, many creators feel they need more to justify the product’s hefty price tag. Let’s take a look at what the 1.4 firmware update adds to Zeiss’ first digital camera.

The most notable feature Zeiss included in the ZX1’s firmware update is autofocus with face detection. With this new feature, you can focus on a selected person’s face by using the camera’s touchscreen. What’s more, the new AF area mode works with both the AF-Single and Continuous mode.

Now in the ZX1’s Gallery mode, the camera features full-resolution DNG rendering. Additionally, you can now utilize magnification of up to 100% when shooting in RAW.

Added support for the companion app

Zeiss also added a new Adobe Lightroom 6.2 version and included support for the Zeiss ZX1 Companion app for both iOS and Android. The apps allow you to control the camera remotely with a live preview streamed on your smartphone. Additionally, the update added content geotagging function via smartphone GPS.

You can download the new Zeiss ZX1 1.4 firmware update directly from the camera’s menu. You can learn more about the update on Zeiss’ website. 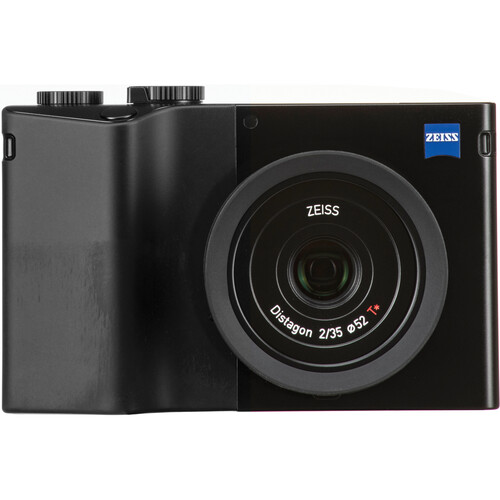