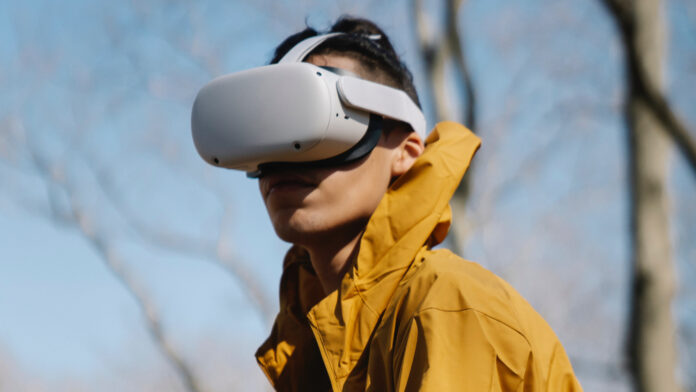 Research firm NPD Group has revealed that sales of virtual reality (VR) headsets dropped in 2022. So, what does this mean for the future of Facebook’s metaverse?

According to the research data released by NPD Group, worldwide sales of VR headsets and augmented reality devices fell to 9.6 million in 2022. This equates to a decrease of 12 percent. The situation was a little better in the United States, where sales of VR headsets were down by 2 percent compared to 2021. The total sales added up to $1.1 billion, so it continues to be a substantial market. However, for context, Facebook generates that much money every three days from advertising income.

Despite the faltering sales of VR equipment, Facebook’s parent company Meta is still convinced that the metaverse is the future. To find out more, read this article: Meta reiterates its commitment to the metaverse. The vision for the metaverse is that it will be a virtual world where you can interact with other people using VR and AR headsets and computers. You will be able to shop, learn and even work there.

Meta’s own Quest 2 VR headset is by far the best-selling device on the market. There are also VR headsets from Valve, HP and Sony, but their market share is much lower. In addition, Meta released the Quest Pro VR headset in October 2022. At $1,499, this new device is very expensive compared to the $499 price tag of the Quest 2. NPD Group said that the drop in sales for VR headsets was partially a reaction to a big rise in sales that occurred during 2021. However, the Quest 2 had a price increase in 2022, which may also have been a factor.

2023 is predicted to be another slow year for VR headsets. This is because rising inflation around the world means that consumers will reduce spending on luxury items. However, Sony has scheduled the launch of a new VR headset for the PlayStation 5 in February 2023. In addition, there are strong rumors that Apple is going to release a VR headset with augmented reality (AR) features at some point during the year. The company hasn’t commented on these rumors, however.

Mark Zuckerberg and Meta are committed to the development of the metaverse. Even though the company’s stock price fell by around two-thirds, Meta is continuing to invest heavily in its vision of the future. With such support, it seems inevitable that the metaverse will be a success. However, apart from some VR video games, the only metaverse app is Meta’s Horizon World platform which has been criticized. The challenge for Meta and the other VR companies is to develop the must-have app that finally brings the metaverse into existence.