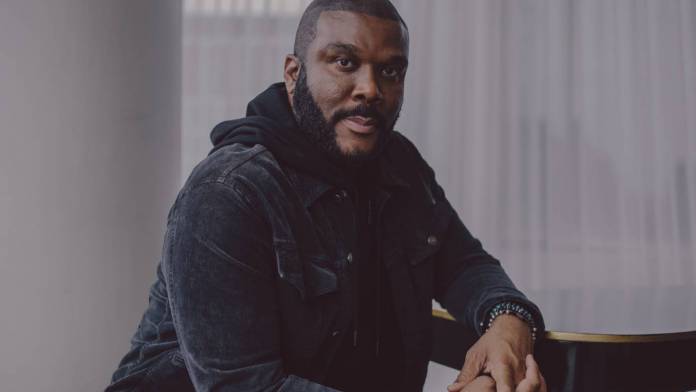 While Tyler Perry isn’t planning on fully reopening his Atlanta studio complex in the foreseeable future, he’s looking at a way he can shoot TV shows during the pandemic with a plan he’s calling “Camp Quarantine.”

While Perry was coming up with the idea, TMZ reported he was “working on a really unique, interesting and safe way to shoot TV shows there during the coronavirus pandemic.” We have to say that we agree it’s a really unique solution. Camp Quarantine, in theory, should allow Perry, his cast and his crew to resume productions in July.

How is Camp Quarantine going to work?

According to reports, the way that Perry’s plans would work are productions that shoot at his facility would have the cast and crew check in on the first day of filming. Everyone would be tested for the virus using the nasal swab method. Those who test negative for the virus would then self-isolate in their hometowns for 16 days. After that time is up, they will take private flights to Atlanta, where they all will be tested again from the car using a 15-minute rapid test by Abbot Labs. Both the car drivers and the talent will wear face masks the entire time, and luggage will be sanitized before loading. After being tested again, those that test negative will be put into private rooms. Until everyone is confirmed to not have the virus, they will not be able to leave their private rooms. Anyone who tests positive will be escorted from the Tyler Perry Studios campus and given medical attention.

This is the big question though: Where would the cast and crew live? Well, the facility used to be an army base, meaning there are 141 barracks on-site and they are all still usable. There are also 40 historic houses that are usable as well. Additionally, Perry has 30 houses built on the lot for various productions. Those are usable too. And that isn’t even all Perry’s housing options. If the idea is accepted, it’s said he would also erect some pre-fab hotels.

Everyone in the cast and crew would be allowed to use all the Tyler Perry Studios facilities. That includes restaurants, a gym, and a bar. There is also a hospital building that was built for one of the shows. Perry believes it could be functional as a hospital if he’s able to get a doctor and nurse.

What productions will be filmed?

According to the source, Perry would first reopen just his productions. That could be up to 6 TV shows. It takes about 2 and a half weeks to film a season of each show. So the cast and crew would only be living there for 3 weeks. A few weeks later, the same crew would return to shoot another show. Perry also would pay them extra for dealing with all the circumstances.

Specifically, Perry has said the cast and crew of his TV shows Sistas and The Oval will all stay on his Tyler Perry Studios campus in Georgia.