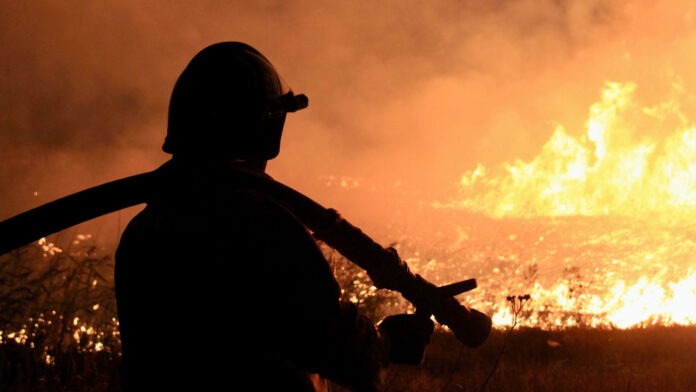 The US Forest Service has warned drone users to keep away from the wildfires in Idaho. The warning was issued after two recent drone incursions led to the grounding of firefighting helicopters.

The US Forest Service is currently tackling the Ross Fork Fire in Idaho. Via its Facebook page, the service reported that at 8:43 p.m. MDT on September 12 the Ross Fork Fire covered an area of 37,612 acres. In addition, the fire grew by 379 acres during that day. The US Forest Service also reported that on September 13 the fire was 13 percent contained. There was 701 personnel assigned to fight the fire.

The US Forest Service reported that there have recently been two incidents where drones were flown in the area of the Ross Fork Fire. One of the drones came extremely close to a firefighting helicopter while it was in flight. This is a serious issue because firefighting aircraft fly at very low altitudes, often just a couple of hundred feet above the ground. This is the same altitude as drones flown by members of the public.

Why is it an issue?

When drones are seen in wildfire areas, it means that the firefighting aircraft have to be grounded. This is to prevent the risk of a mid-air collision. However, delaying firefighting helicopters means that the wildfires can grow larger. It also increases the risk to the safety of the firefighters on the ground who have to work without the support of the helicopters. The US Forest Service has used the slogan: “If You Fly, We Can’t.”

What are the penalties?

The Federal Aviation Administration (FAA) has a temporary flight restriction in place for the Ross Fork Fire. This means that all aircraft, including drones, are prohibited from flying in the restricted area. The only exemptions are for aircraft flown by an agency involved in the firefighting operation. It’s also a federal crime, punishable by up to 12 months in prison, to interfere with firefighting efforts on public lands. In addition, Congress has authorized the FAA to impose a civil penalty of up to $20,000 against any drone pilot who interferes with the wildfire response and the emergency services.

Pay attention to where you fly

Flying a drone near a wildfire is dangerous and can cost lives. Just don’t do it, no matter how exciting the footage might be. The US Forest Service has also asked the public to report any incidents of drones being flown in the area of the Ross Fork Fire. You should contact the Blaine County Sherriff’s Department and the Boise FAA Flight Standards District Office at 208-387-4000 with as much information as possible.