The Nanlite PavoTube T8-7X is 39.44 inches long and 1.53 inches in diameter. It weighs a little under 10 ounces. In bicolor mode, the light has a wide CCT range from 2700 K to 7500 K. The PavoTube T8-7X can also output over 36000 colors in HSI mode. In addition, you can fine-tune your light output with a plus or minus 100 green/magenta adjustment. Color rendition is good, with an average CRI of 96 and an average TLCI of 97.

The PavoTube T8-7X has a range of built-in color effects, including Flash, Pulse, Storm, Police Car, TV, Paparazzi, Candle/Fire, Disco, Bad Bulb, Firework, Explosion and Welding. The light also has Nanlite’s Pixel Control mode. With this mode, you can independently control 16 different zones along the length of the tube. This means you can create effects such as light moving along the tube. The built-in effects include Multicolor, Fade, Process, Scroll, Fire, Rainbow and Driving.

The PavoTube T8-7X has three buttons on one end, which allows you to toggle between modes and control the light. With the buttons, you can dim the light in 5 preset steps of 20 percent, 40 percent, 60 percent, 80 percent and 100 percent. There are also six preset CCT steps for bicolor use and 12 steps for hue adjustment. For more advanced control of the PavoTube T8-7X, you can use the optional WC-USBC-C1 wired controller. For the most control, you can use the free to download NANLINK app. The light also supports DMX/RDM control.

The PavoTube T8-7X has a ¼-inch-20 screw thread hole at one end for mounting or attaching to a light stand. The light has a built-in battery, so you can use it without a power source and charge via a USB-C port. However, you can also power the PavoTube T8-7X via USB-C. The power requirements are only 5V DC / 2A, which means you can use a power bank. The optional WC-USBC-C1 wired controller also contains a 4400mAh battery, so you can use it to power or recharge the light and control it. 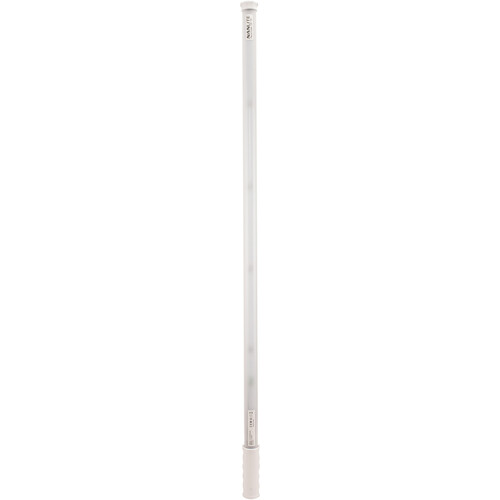 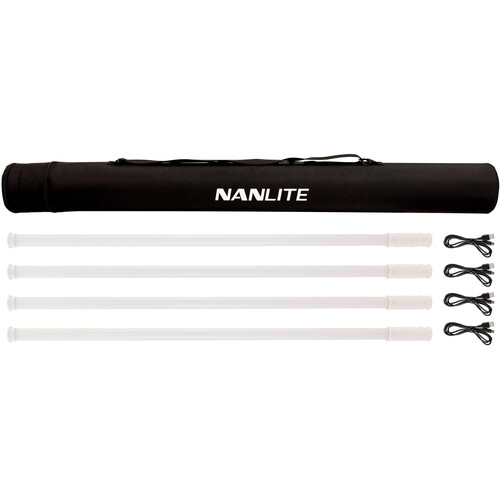