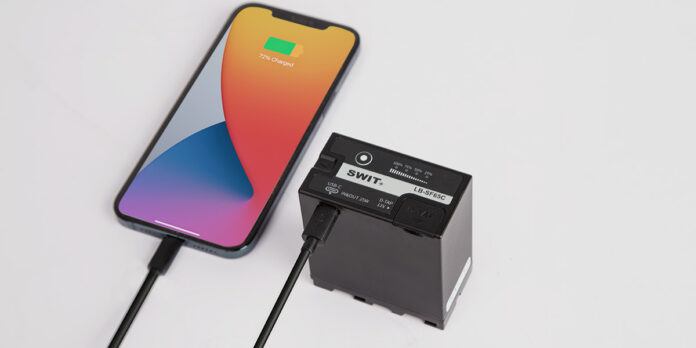 SWIT has announced a new series of USB-C-equipped DV batteries. With USB Type C connectivity, these new batteries can be used to power laptops, tablets or smartphones in addition to their primary use as camera batteries. The new SWIT USB-C series DV batteries can also be charged via existing USB-C chargers.

Overall, the addition of the USB-C port promises to make these batteries more convenient and versatile for filmmakers on the go.

Which SWIT DV batteries will be available with USB-C?

The new SWIT USB-C DV battery lineup will include a variety of battery types to cover the most common use cases. These include:

Note that the LB-SU90C and LB-CA90C both include 45W USB-C ports that can power a variety of laptops with USC-B charging support.

On the other hand, the LBSF65C and LB-PD65C only have 25W USB-C ports. While that isn’t enough to power a laptop, it does support charging mobile devices.

There are several benefits that come along with the added USB-C ports. We already mentioned the ability to charge laptops and mobile devices, but the USB-C port also means these new SWIT DV batteries can be recharged without a dedicated DV charger. Any USB-C charger will work.

This also aligns with the European Commission’s proposal to define USB-C as the standard universal charging port for all future electronic devices.

Pricing and availability for the SWIT USB-C series DV batteries have not yet been announced. For more information, head over to swit.cc.