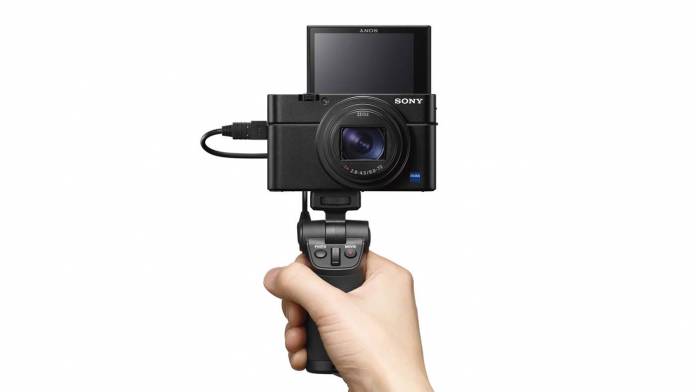 Sony has announced a new RX compact camera — the RX100 VII — and it looks like it’s made for vlogging.

Let’s break down what the camera has to offer:

At the center of it all, the RX100 VII has a newly developed 1.0-type stacked 20.1 MP Exmor RS CMOS image sensor and sports the latest-generation BIONZ X image processor. Together, Sony claims to two “deliver peak autofocus and speed performance that has never before been available in a compact camera.”

AF performance on the RX100 VII

Similar to the tech found in the Alpha 9, the RX100 VII’s image sensor realizes blackout-free shooting. So you can get a live view even when continuous shooting at 20fps.

There support for advanced Real-time Tracking and Real-time Eye AF capabilities, a first for a compact camera according to Sony.

Video shooting with the RX100 shouldn’t be too difficult. The RX100 VII is both compact and lightweight (weighing 302g and measuring out to be 102mm x 58mm x 43mm). It shouldn’t be hard to carry around.

Moving on to all the video features, here’s everything the camera supports:

The camera has a 180-degree flip screen. That will be useful for any vlogger. Also, as mentioned before, the camera should be easy to carry. Those are both great features for vlogging. Plus, there’s a Shooting Grip Kit coming that will include a Shooting Grip with the RX100 VII.

Additionally, Sony’s revealed a new leather-look body case for the RX100. The case includes a lens jacket and shoulder strap to protect the camera from bumps and shocks.