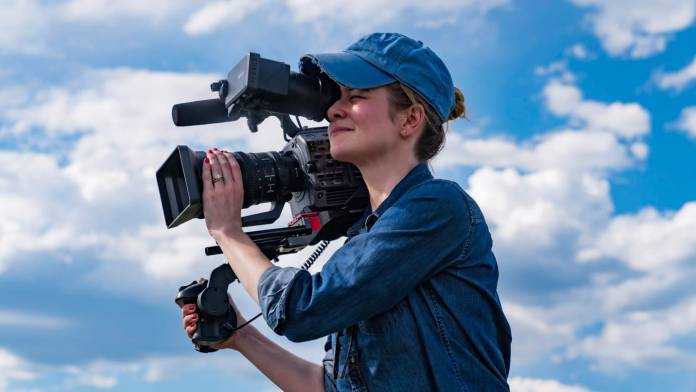 Sony has unveiled the PXW-FX9, a full-frame camera that features Fast Hybrid Auto Focus system and Dual Base ISO, and that oversamples its 6K sensor to record 4K video.

According to Sony, the FX9 combines “high mobility” with an advanced AF system, “impressive” bokeh, and slow-motion. This mobile design promises to make it a solid run-and-gun style camera. Additionally, the camera borrows its color science, HDR and full-frame shooting, and a Dual Base ISO from Sony’s VENICE camera.

With its Exmor R sensor, the FX9 offers a “wide dynamic range with high sensitivity, low noise” and over 15 stops of latitude that can be recorded internally in 4K 4:2:2 10bit. When shooting, the camera oversamples the full-frame 6K sensor’s readout to produce 4K video.

For low light, the camera features dual base ISO of 800 and 4000. Additionally, the cameraS-Cinetone color science, which should make “soft and alluring facial tones,” according to Sony.

Also, the camera can capture content up to five times slow-motion with Full HD 120 fps shooting played back at 24p. Even faster frame rates are promised with future firmware upgrades.

The shallow depth of field the camera’s full-frame sensor brings needs focus control. Sony looks to provide that with its Fast Hybrid AF system. Its transition speeds and sensitivity settings are customizable. Additionally, the camera combines phase detection AF for subject tracking with contrast AF. The dedicated 561-point phase-detection AF sensor covers approximately 94% in width and 96% in height of the imaging area.

Mobility is prioritized in this camera. Inspired by “Run & Gun” production environments, the camera’s Electronic Variable ND Filter allows users to change exposure levels almost instantly. It will make it easier to shoot out in the field.

The Sony PXW-FX9 will be out at the end of this year. You can learn more on Sony’s website.