Astera has launched the HydraPanel, which is a new full-color panel light. The company is renowned for its Titan tubes, and here are seven great features of its new fixture.

The HydraPanel measures 6.53 inches by 3.34 inches and is only 1.71 inches thick. It also weighs only 1.3 pounds. Despite its compact design, the HydraPanel has a maximum output of 1,300 lumens. Astera has also stated that the light gives you 515 lux at one meter when used without a filter. The total LED power is 25 W. The HydraPanel is also IP65 weatherproof rated when on batteries and when hard wired.

The HydraPanel is built with Astera’s Titan LED engine. This means it uses red, green, blue, mint and amber LEDs. The CCT range goes from 1,750 K to 20,000 K. The light also has a CRI and TLCI of better than 96 when measured between 3,200 K and 6,500 K. As a full-color light, the HydraPanel also offers RGB, HSI, X and Y and simulated filter gels.

The panel of the HydraPanel has 24 individual light emitters. However, these have been grouped so that the panel’s display has six individually controllable pixels. This allows you to run a range of lighting effects. In addition, you can attach up to four HydraPanels together for even more advanced displays with the included connector plate. The HydraPanels have built-in infrared communication so that they can all be controlled from a single control panel when you attach lights together.

There are lots of ways to control the HydraPanel. The light has a display and buttons to change brightness and color settings. Astera has also introduced a new feature on the HydraPanel, which is a touch slider to adjust features such as intensity or CCT. You can use the AsteraApp on either a smartphone or a tablet. The app can connect via an AsteraBox or directly to the HydraPanel via Bluetooth. The light can also act as a Bluetooth Bridge to other lights. In addition, the HydraPanel has CRMX/wireless DMX and wired DMX.

The HydraPanel comes with six modifiers that attach to the front of the light with magnets. Without any modifiers, the HydraPanel has a native output beam of 100 degrees by 110 degrees. The modifiers include a 100-degree diffuser, a 100-degree soft frame and an 80-degree intensifier which makes the light 1.5 times brighter. In addition, the HydraPanel comes with both a 40-degree and a 60-degree egg crate which you can attach to the intensifier. Finally, there is a gel holder so you can use your preferred gels or silks. To further modify your light, DoPChoice has made a Snapbag softbox, which is available as an optional accessory.

The HydraPanel has a built-in battery, and Astera is quoting a battery runtime of one hour and forty-five minutes at maximum brightness. If you drop the intensity down, the company claims you can extend that runtime up to an amazing twenty hours. Even better, the charging time is only 3 hours from 0 – 100 percent charge.

The HydraPanel comes with a FlexBase, which has foldable feet so you can use it as an angled stand for the light. The light also comes with a 1/4-inch baby pin and has three M5 threads on the case. In addition, there is an integrated magnet on the back of the light for quick and easy mounting.

The Astera HydraPanel is available to preorder now and is priced at $400. 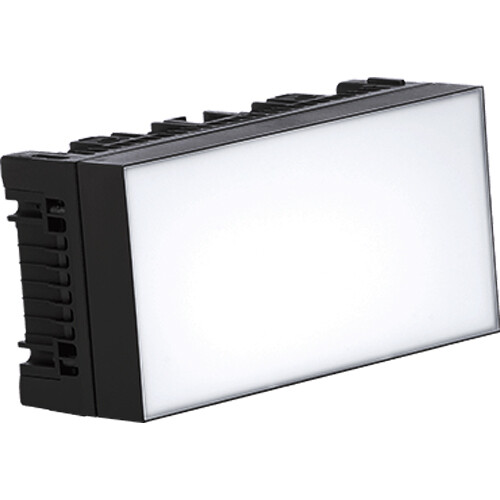 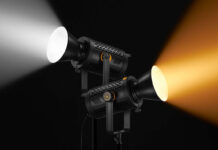