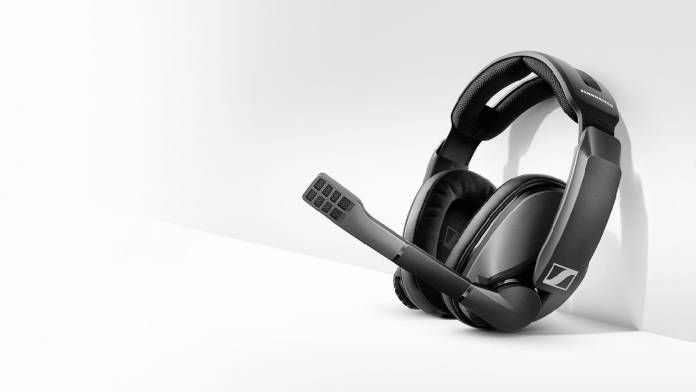 We kid you not. Sennheiser says they’ve made a headset that lasts up to 100 hours. If the GSP 370 can fulfill this promise, it will blow all the competition out of the water. How does Sennheiser explain such a long battery life? Well, it appears to be a combination of low power consumption with a well-chosen battery. As you can expect, it is considered a high-end headset, since it even outlasts other Sennheiser headphones. Even the GSP 670 doesn’t even come close. It runs just 16-20 hours. Currently, the GSP 670 is the longest-lasting headset, but that honor will be shattered by the GSP 370.

The wireless GSP 370 sports an SPL of 117dB. So, it isn’t cutting back its battery consumption by lowering its output levels. It has the same sound processing as the GSP 300. So it shouldn’t be lacking on that front.

Additionally, if the battery runs out while you were using them, you can continue listening while they are charging.

Its ear cups and head cushion are made from memory foam. It’s similar to how the SteelSeries Siberia 840 is made. The cans are built on a ball-joint. That should allow them to conform to the head without much adjustment needed during sessions.

If Sennheiser’s 370 is able to deliver what it promises, this would be the leading headset in terms of battery life on the market. The runner-up doesn’t even come close. It bests second place easily— lasting 5 times as long. Also, being able to use the headset while it’s charging makes battery potential even more impressive. We will see in time if it really can last up to 100 hours. We do know one thing: it may take a few days to verify that battery life.

The Sennheiser 370 is out now. You can purchase it for $199. Learn more at sennheiser.com.