The RØDE Lavalier II can sit flush against clothing and objects, which means it can be more discrete than traditional microphones of this type. In addition, the clip is more compact with a new low-profile mounting system used in place of the standard wire mount. The RØDE Lavalier II also has a flat cable to make it easier to hide under clothing.

The RØDE Lavalier II has a flat frequency response which RØDE claims will allow the microphone to capture broadcast-grade audio with a low amount of noise. The frequency range is 20 Hz to 20 kHz and the signal-to-noise ratio is 67 dB. The microphone also has an omnidirectional polar pattern. This means it will pick up sound from all directions.

The 3.5 mm TRS plug has a locking connector. This makes the RØDE Lavalier II suitable for use with equipment such as RØDE’s wireless Filmmaker Kit. It will also work with the RØDE Wireless Go II and RØDE AI-Micro.

The RØDE Lavalier II comes in a zip case with a premium accessory kit, which includes a pop filter and mini furry windshield. There are also colored rings that you can use to identify your kit in a multi-microphone setting.

The RØDE Lavalier II is available for preorder at $99 with delivery expected in mid-December. 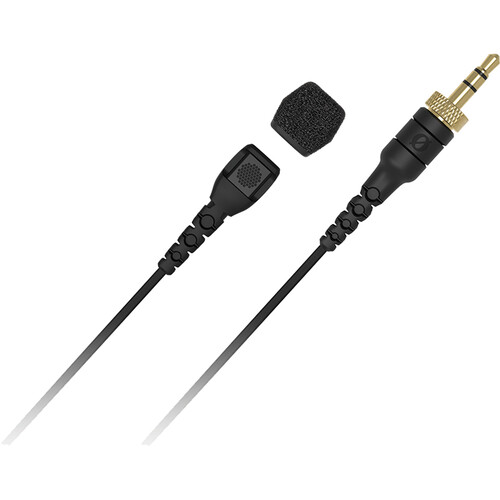