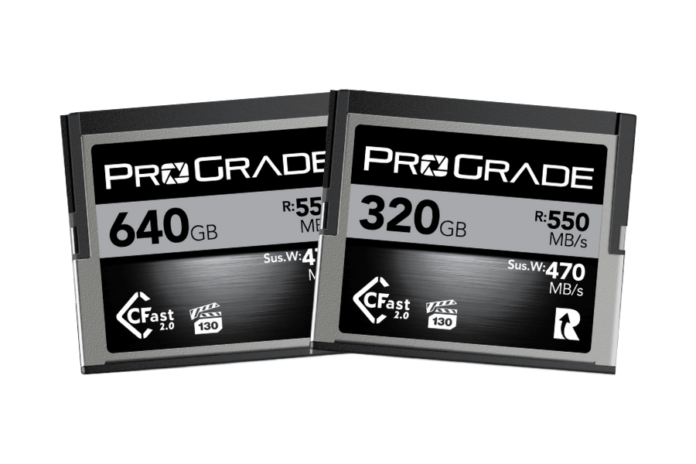 ProGrade Digital has announced the launch of the third generation of its CFast 2.0 memory cards. The new cards are available with capacities of 320 GB and 640 GB. The cards also now carry the ProGrade Digital’s Cobalt designation, which shows that it is the best that the company offers.

ProGrade Digital has a reputation for making good quality, reliable memory cards. If you are in the market for new CFast 2.0 media, you should take a look at the new Cobalt cards.

The ProGrade Digital CFast 2.0 Cobalt memory cards are available now. The 320 GB card retails at $329 and the 640 GB card costs $599. The cards come with a 3 year manufacturer’s warranty.