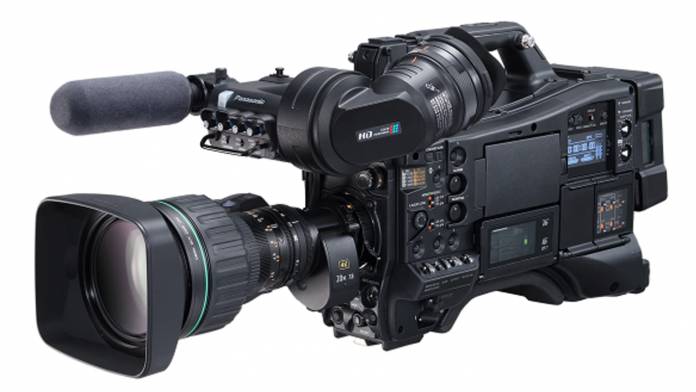 Panasonic has announced it will showcase a next-gen IP/IT platform, a 12G-SDI 4K live switcher and a 4K/HDR shoulder-mount camcorder at the upcoming NAB New York.

Let’s take some time and look at each of the three new products individually:

Panasonic at NAB predicts “ground-breaking innovations” to many video industry markets with this platform.

The platform is slated to be fully resolution and format-independent and based on the latest technology in software and CPU/GPU processing. Additionally, it brings uncompressed processing, true uncompressed 4K inputs and full support of baseband and IP signals at the same time. Furthermore, the platform can also be used for remote production. It can also be integrated into a fully IP-based environment.

As for its latency, Panasonic promises a very low 1-frame latency processing.

The AV-UHS500 is a 12G-SDI compatible compact 4K live switcher that’s planned for release in February 2020. The AV-UHS500 offers 4K/3G/HD multi-format support and allows the same number of HD inputs and outputs to be maintained even when operating in 4K.

Launching in December, according to Panasonic’s NAB press release, the AJ-CX4000 expands the 4K CX camcorder series. The camera uses a B4 lens mount and an interchangeable lens model. Inside, it sports an 11MP image sensor and shoots 4K recording with a horizontal resolution of 2000 TV lines. Additionally, it’s compatible with HDR that’s compliant with BT.2100 and BT.2020.

You can catch all Panasonic products at the upcoming NAB Show in New York. It will be held at the Javits Center on October 16 to 17. If you want to learn more, head to Panasonic’s website.