The Osee Megamon 15 is a 10-bit monitor, which means it can display 1.07 billion different hues compared to 16.77 million on an 8-bit monitor. A 10-bit monitor will also display much smoother shading and gradients in areas such as the sky of your footage.

The monitor has a bright 800 nits display, which Osee state is good for indoor and outdoor filming. While 800 nits are brighter than many external monitors, it’s less than the 1000 nits of the Atomos Ninja V or 2500 nits of the Blackmagic Video Assist 12G HDR. However, the carrying bag of the Megamon 15 can be attached to a C-stand and used as a sun hood. This will help you view the screen in bright sunlight.

This monitor has a range of video assist tools, including peaking, focus assist and audio meters. It also has exposure tools such as false color, zebra, histogram, vectorscope and waveform. In addition, there are aspect ratio overlays and framing tools such as anamorphic de-squeeze, grids and video-safe areas.

The Megamon 15 has one HDMI input, two 3G-SDI inputs and one 3G-SDI loop out. It also has a headphone socket and built-in speaker. The front-mounted USB port allows you to load up to 16 custom LUTS. However, out of the box, the monitor comes with 30 SDR and 14 HDR LUTs preinstalled, covering many popular camera models.

The Megamon 15 comes in two variants, one with a v-mount plate on the back and the other with an AB-mount. In addition to the battery plate, the monitor has both DC and AC power inputs.

The Osee Megamon 15 15.4-inch HDR production monitor can be preordered now and retails at $1199. 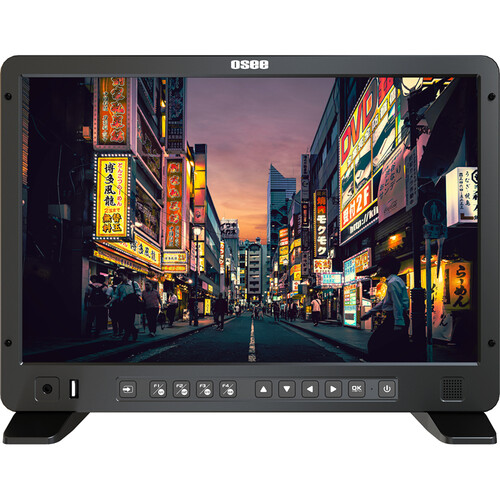