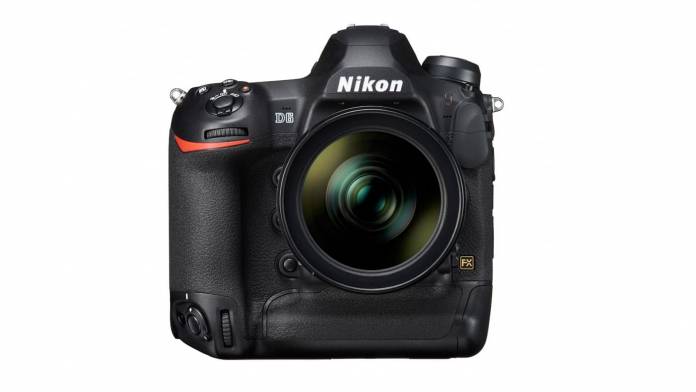 Currently, we know next to nil about both of these products. However, let’s go over what we do know:

Over 20 years ago, Nikon released the D1 digital SLR camera. That was back in 1999. It’s the 20th anniversary since the first release of the single-digit D series. Nikon says the D6 will introduce “advanced” and “new” technologies for the “ultimate in performance and reliability.”

As we said before, there isn’t much more info about the D1 other than Nikon is working on it and more specs will be coming. On the D6’s official announcement page, Nikon does have a video with the D6 in use. Claiming the camera will “reinforce Nikon’s DSLR’s advantage in sports photojournalism,” Nikon’s video features Joel Marklund using the D6. Marklund, described as a top pro, talks about how Nikon’s technology has helped him “stay ahead of the game.”

As of now, there’s only one video on the page. However, there are more coming. In the Watch More section, there are five place holders with an image of a shadowed D6 as the thumbnail. We expect those will be released leading up to the D6’s release.

When are we getting more information?

Right now, release dates, pricing, and specifications aren’t out yet. We should see them sometime soon, however. We’ll update you on any developments when we get them in.