The first RODE Wireless Go mobile microphone proved to be a great success. To follow it up, RODE released the Wireless Go II. The new system records audio for two mobile devices simultaneously.

The new RODE Wireless Go II system retains all the same features and operations as the original system. It’s a dedicated off-camera wireless audio system light enough to carry around. However, now the Go II features dual-channel recording to two sources. If you want to record audio to your phone and camera, you can. Additionally, RODE increased the system’s wireless range and improved onboarding recording.

How does the system’s dual-channel recording work? It comes with two separate clip-on transmitters. They both transmit to a single receiver. The Wireless Go II system sends audio to smartphones, cameras, computers and its internal memory. The receiver records audio from both microphones in stereo and outputs it through USB-C. If recording to a separate recorder or camera, you need to use a 3.5mm analog TRS.

According to The Verge, the RODE Wireless Go II should help fix common audio issues.

“Rode’s Wireless Go II should help to ease the stress of audio issues that plague the average sound operator — making sure microphones are picking up multiple sources, avoiding any RF interference from uncontrollable environments, and having a backup for any audio data lost,” The Verge writes. 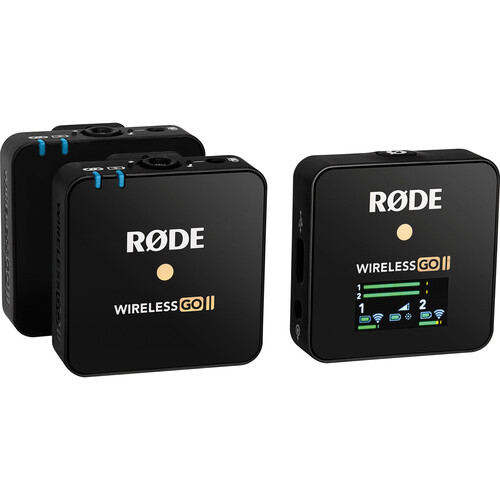