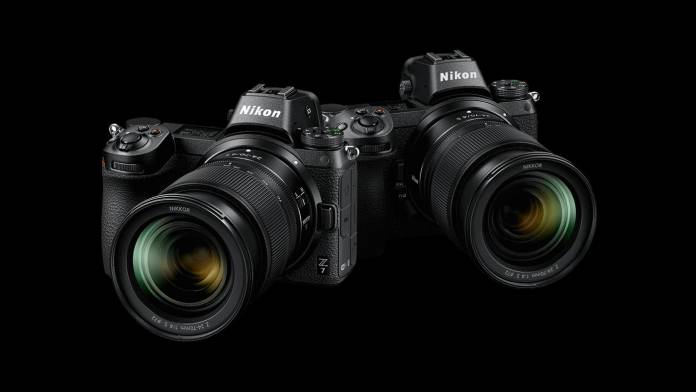 Nikon has just announced it is releasing firmware version 3.00 for the Nikon Z 7 and Z 6 full-frame mirrorless cameras. There’s also an update for the Z 50 as well.

Version 3.00 for the Nikon Z 7 and Z 6 full-frame mirrorless cameras will update Animal-Detection AF, enhance the functionality of subject tracking and add support for additional CFexpress memory cards. As for the Z 50, it will receive improved autofocus when recording video in self-portrait mode. This should allow the camera to better maintain focus on the user’s face.

After the update, both the Z 7 and Z 6 will recognize the eyes and faces of dogs and cats. In the case when there are multiple animal faces and eyes in the shot, the photographer can use the camera’s left and right indicators to select the face or eye that the camera focuses on. Also, face detection will be enabled when recording video.

Nikon has modified the subject tracking for still shooting in AF-C. It’s been modified to “provide a more familiar operational feel similar to that of 3D-tracking feature built into Nikon DSLR cameras,” according to Nikon. To turn on the feature, you can hold the AF-ON button or half-press the shutter-release button. The subject tracking will turn off when users take their finger off the button. This will cause the camera to switch to the original focus point.

The transition from the Auto-area AF display to the subject selection display can now also be assigned to a custom control button on the Z 6 and Z 7.

“These improvements to subject tracking operation will make it easier and quicker for users to activate and change the subject while looking through the viewfinder,” says Nikon.

Along with Sony CFexpress memory cards, Type B CFexpress cards from ProGrade Digital and Lexar are now supported

The Z 50’s autofocus has been improved when recording movies in self-portrait mode. The new feature will lock focus at AF-F mode. This should allow the camera to better maintain focus on a user’s face while recording video.

Get the firmware updates

To get the free firmware update for the Nikon Z 7 and Nikon Z 6, go to Nikonusa.com. You can also learn more about the Z 50 firmware upgrade and download it here.