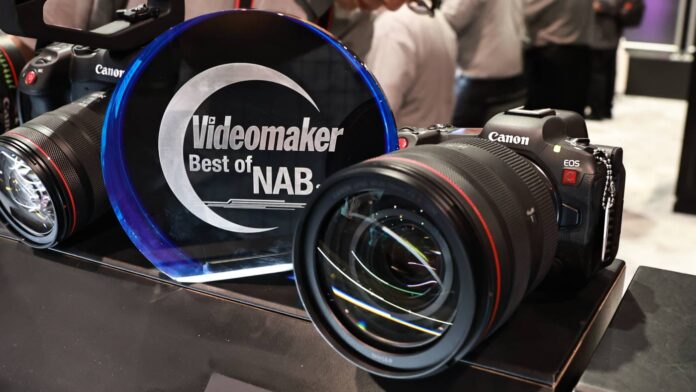 Congratulations to Canon! The Canon EOS R5 C is Videomaker’s pick for our Best Cinema Camera award at NAB 2022.

Canon bills the camera as a true hybrid, combining features from its Cinema EOS line with still photography capabilities from the Canon EOS R5.

Canon claims that the Canon R5 C can record non-stop, uninterrupted 8K 60P video thanks to the camera’s active cooling system. In addition, the R5 C can record High Frame Rate (HFR) video up to 120P at 4K resolution in 4:2:2 10-bit without cropping the sensor. The camera also records audio as a separate WAV file when shooting HFR footage.

The Canon R5 C has dual card slots: one CFexpress and one SD UHS-II. As well as internal recording, the R5 C can output RAW via HDMI for ProRes RAW recording on an Atomos NINJA V+. You can record externally in Apple ProRes RAW at up to 8K 30P while simultaneously recording proxy data to an SD card.

The Canon R5 C uses XF-AVC codecs which offer 10-bit 4:2:2 files in an MXF wrapper. This helps to ensure compatibility with non-linear editing systems and existing workflows. You also have the option to record in Canon Log 3 to give more latitude in the grading process.

The Canon R5 C has the same 45-megapixel, full-frame CMOS imaging sensor as the Canon R5. It uses an RF mount and can use EF lenses with an adapter. The body is compact and lightweight, weighing only 1.7 pounds. The camera also has 13 marked, assignable buttons so you can customize the camera’s operation to suit your shooting style. For monitoring, the R5 C has a 3.2-inch variable-angle LCD monitor and a high-definition 5.76 million-dot viewfinder.

In addition to its video credentials, the Canon R5 C becomes a powerful still camera at the flick of a switch. You can access an ISO range of 100 to 51200 and is expandable to 102400. The camera has a range of high-speed autofocus options with eye, face and head detection. It can also shoot stills at up to 12 fps in mechanical shutter mode and up to 20 fps in silent electronic shutter mode. In addition, you can transfer your photographs via Wi-Fi and Bluetooth.

“Imaging professionals are living in a multimedia world. Gone are the days of only needing to be sufficiently equipped and skilled at video or stills,” said Tatsuro “Tony” Kano, Executive Vice President and General Manager of Canon U.S.A.’s Imaging Technologies & Communications Group. “The EOS R5 C squarely takes aim at providing end-users with a solution that can tackle all facets of the ever-demanding multimedia and content production landscape. Canon is confident this all-in-one solution can help improve the workflow for a variety of content creators.”

The Canon EOS R5 C Full-Frame Mirrorless camera is out now for 4499. 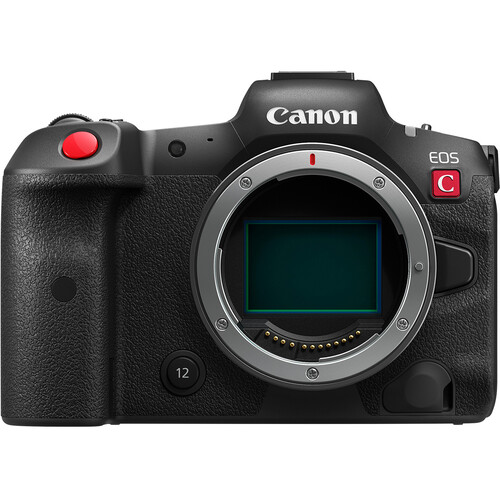