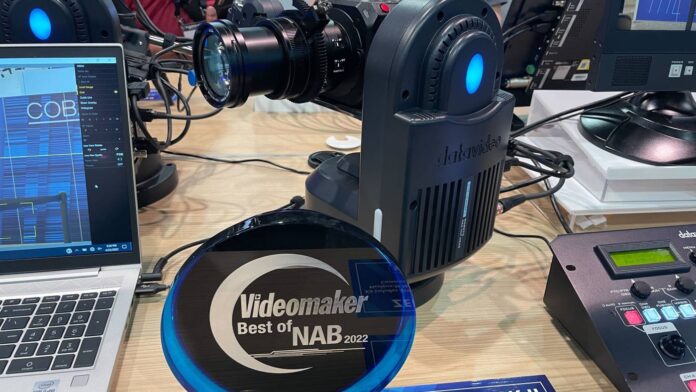 Congratulations to Datavideo; the company will take home Videomaker’s Best Support award at NAB 2022 thanks to the Datavideo PTR-10 with ZEK-2.

These two products together allow you to use any small video camera or Micro Four Thirds camera as a PTZ camera. PTZ stands for “Pan Tilt Zoom” and PTZ cameras can be remotely controlled by a single operator. As such they are often used for video coverage at live events, business conferences and houses of worship.

The Datavideo ZEK-2 Zoom Control Kit adds zoom control to the pan and tilt control of the PTR-10 Mark II. The kit is based around the Tilta Nucleus-M motor. This means you can use Micro Four Thirds cameras such as the Lumix Lumix BGH-1 camcorder. In addition, you can use the LanC protocol to control the focus and iris of the lens mounted on the Lumix BGH-1.

You connect the PTR-10 Mark II to your controller with a Cat-6 network cable which carries all of the communications signals. The PTR-10 Mark II is powered by an AC adaptor. It also outputs power for both the camera and the ZEK-2 zoom control. You connect the HDMI output from your camera to an HDMI port on the moving head of the PTR-10 Mark II. The video signal is then passed through to an output on the base of the unit. This means your cables won’t get twisted when the head moves in use.

With PTR-10 Mark II and ZEK-2, you can control almost any camcorder or camera with an HDMI output. This means you can use high-quality cameras and lenses which will give you better video than using all-in-one PTZ cameras. 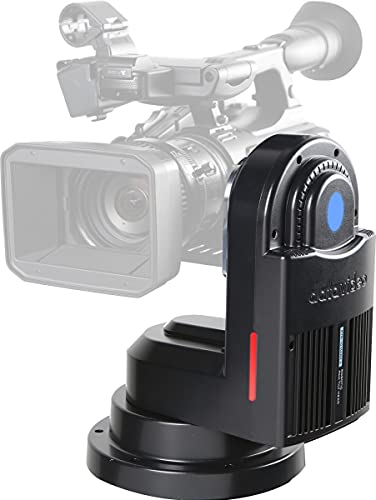