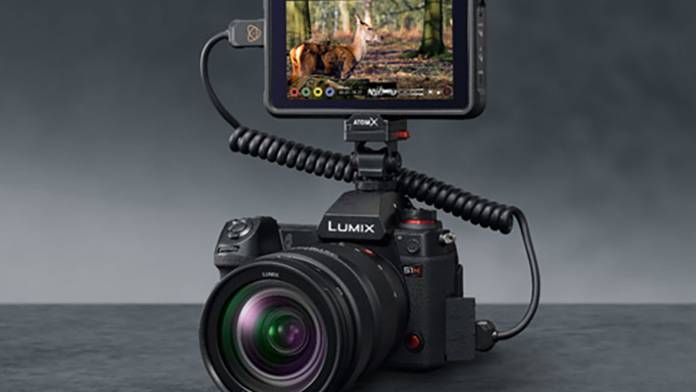 Atomos and Panasonic have come together to bring 5.9K Apple ProRes Raw to the Panasonic S1H, and it’s all thanks to the Atomos Ninja V.

Now, when the Ninja V HDR monitor-recorder is paired with the Panasonic LUMIX S1H, the camera will be able to record video files in 5.9K Apple ProRes RAW right from the camera’s sensor. Also, this update is free, granted you have both the LUMIX S1H and the Ninja V. You will need to possess both pieces of gear to be able to download the software.

The Ninja V is capable of capturing 12-bit RAW files from the S1H over HDMI at up to 5.9K/29.97 in Full-frame, or 4K/59.94p in Super35. According to Atomos, these unprocessed files are “extremely clean” and preserve the “maximum dynamic range, color accuracy and every detail for the S1H.” Ultimately, having footage that retains a high dynamic range will allow you to get much more creative in post. With high dynamic range RAW footage, you can get great skin tones and match colors where you want.

The Ninja V and S1H duo sport a new 3.5K Super35 Anamorphic 4.3 RAW mode. This allows the duo to be used as an A-camera or smaller B-camera on an anamorphic RAW production.

Every frame recorded in ProRes RAW has metadata applied by the S1H. So, Final Cut Pro X and other editing software will automatically recognize the ProRes RAW files. Once the program realizes that, it will start setting up the files for video editing. The files will also display in either SDR or HDR automatically.

For those that own the Atomos Ninja V and Panasonic S1H, the update is free. The Ninja V will be able to update by downloading and installing AtomOS 10.5. Panasonic will release its free firmware update on its LUMIX Global Support site on May 25, 2020.