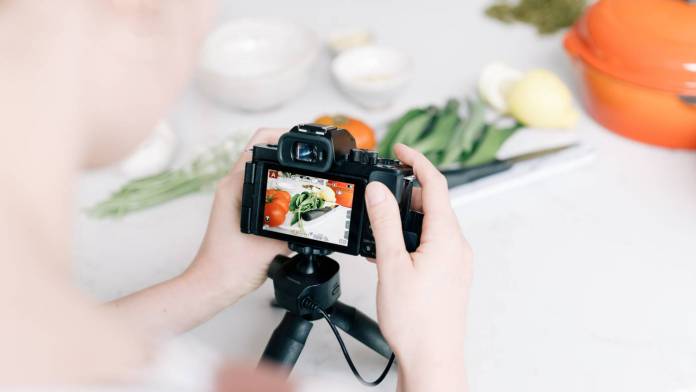 This camera’s design caters to both vlogging and video content creators. First impressions tell us this camera is an excellent level-entry camera for those looking to take the plunge into using a dedicated camera system. Panasonic describes it as “the logical next step from your Smartphone.”

According to Panasonic, the camera offers “visually engaging images and excellent sound quality.” Also, the camera is both compact and lightweight. There are all important factors for a vlogging camera.

Taking a look at the LUMIX G100

The LUMIX G100 uses a /3rds sensor that records QFHD 4K videos in 3840×2160 resolution at 30por 24p in MP4 and Full-HD at 60p. The camera features five-axis hybrid I.S. The system works to stabilize movement and prevent shakey videos. Additionally, the camera’s Video Selfie Mode captures both the vlogger and the background in “crisp focus” without needing to adjust the aperture.

The LUMIX G100 adopts a static-type touch control system with a 3.0-inch free-angle rear monitor with 1,840K-dot resolution. This makes it easier for users to compose selfies.

The price has yet to be released, but the LUMIX G100 will be available at the end of July 2020.