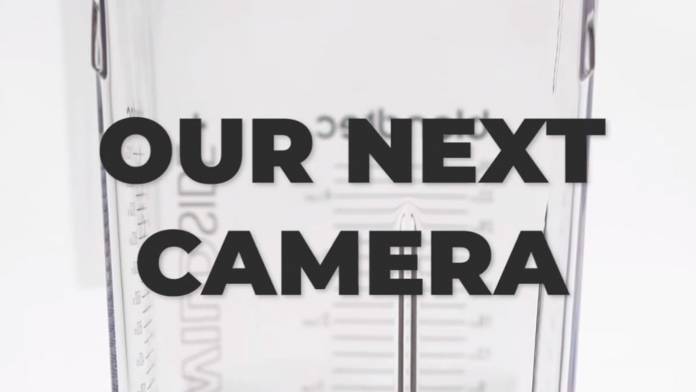 Insta360 is starting the new year with a new camera. Expected to reveal the new camera in a few days, the company has teased the camera leading up to the announcement.

Set to reveal the new camera on January 7th, Insta360 has teased the announcement with a half-minute video. The video doesn’t give us too much detail, but it does spark curiosity. Essentially, the video shows a new camera that combines elements of an action camera, a 360 camera, a drone and a 1” camera.

Insta360 is teasing its upcoming camera

The teaser video opens with someone turning on a blender. Soon the person is stuffing in an action camera, a 360 camera, a drone, a ‘1-inch’ camera into the blender. All of the devices are being blended together into little bits. After everything is all blended, the contents are dumped onto a table. Behind the pile of rubble, there’s a sun flare, symbolizing a new era. The statement “Our next camera combines an action cam, a 360 camera, a drone, a ‘1-inch’ cam into one” is shown as the video progresses.

Here is the teaser video:

There will be an announcement on January 7the won’t have to wait long to learn more. We will update you when we get new information about the upcoming camera.